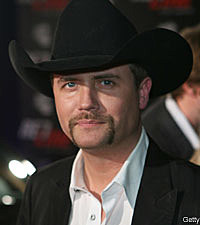 John Rich continues to find himself in legal battles stemming from an altercation last year with aspiring country singer Jared Ashley. In a nutshell, Ashley accused Rich of assaulting him ... Rich accused Ashley of defaming him, and a year later the case is still unresolved. Now, the problems for Rich just got worse.

The latest issue involves the country star's manager, Marc Oswald, but the repercussions could be very costly for Rich. According to audio tapes uncovered by Nashville television news station WSMV, Oswald, in a phone conversation with Jared, said, "I would like to see if I could work out some sort of settlement with you guys, and I think I can get John to play ball, too, because he's getting pretty tired of it as well."

It's a misdemeanor for a person who is not licensed to practice law to conduct settlement negotiations on behalf of a third party, which, as the conversation unfolds, seems to be exactly what Rich's manager did.

"One thing about the music business, country music business in particular, is, you know, as long as you're not a child rapist or gay, you can get away with a lot ... You know what I mean?" Oswald continues in the taped conversation. "I would say, dude, if this guy is ready to back off and ready to write a check for aggravation and by doing so, it's over and you can feel like you accomplished a lot, I would do it. If I can agree with you on the number and he drops his and you drop yours and you call the detective, we could be done with this today."

The recordings, which were edited, occurred during a phone conversation on May 22. Oswald says he did meet with Ashley and his attorney over Memorial Day weekend, but the matter remained unresolved. "For a manager of a musical artist to sit with somebody on a matter like this and say it is possible to resolve it, I would think would be in everybody's best interest rather than burning up the time of the court system," he says.

Ashley's attorney has filed a motion to disqualify Oswald from the case, claiming he tried to bribe his client to take a deal through a third party. Ashley counter-offered, through his attorneys, $2.9 million to settle, which Rich refused.

Rich will stand trial in October for the assault and harassment case.