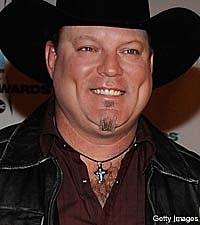 It's been a couple of years since he released his last album, 'Time Flies,' but John Michael Montgomery has never stopped taking the pulse of contemporary country music.

"I do my best to keep my finger in the heartbeat of the music business," he tells BND.com. "It's something that I feel is very important -- not only to me, but to others who are trying to make it in the business."

As for those who are trying to start a music career, John Michael is working to give them a leg up by offering demo-recording services via the website of a partnership he formed in Nashville, called Montgomery Mix Pro.

"We take their music and will mix a professional demo for them to shop around, and that's the extent of it," he explains. "We don't charge them an outrageous fee or anything like that. And we will tell them if they have the talent, or not."

The takeaway for John Michael is, he gets an earful of potentially talented artists he may want to record or produce.

"That's the big win for me," he notes. "I will get the opportunity to listen to new material, and what is moving out there in the music world."

What's moving out there in the music world these days has unfortunately been lost on John Michael.

"I don't think much of it at all, really, in either direction -- honestly," he confesses. "I listen to what I want on the radio, or via the internet, or at my house. There's only a play list of the artists that make the money for the record labels, and those are the ones that they are pushing. But I don't need anyone to tell me what is good and what isn't.

"It's all what the labels are pushing for, and the so-called demographics they are after. Not the true music lover -- just the buying audience."

Which is why John Michael started his own label, Stringtown Records.

"Things, unfortunately, aren't played out in a fair manner in Nashville," he points out. "That's why I started my own label to produce and record records the way that I know they should be made. Or at least how they should be made for me. No one can tell you how to sing a song, and put the true feeling into it. Only the singer knows if they believe in the song or not, and can put their raw emotional feelings into it.

"Sooner or later, (the record labels) will be wondering where their audiences went," he continues. "The country music fan, by history, tends to be a very, very loyal fan. So when they keep pushing all these new people to the fans ... it's inevitable that someone will get lost in the shuffle. Their only concern is the person who can make them the most money at that specific time. Country music fans are smarter than that, and they will stick with the performers they truly like."

The singer is striving to stay fresh by touring with his band about 100 dates a year. Aside from that, he is also dabbling in food and entertainment ventures, alongside his brother Eddie of Montgomery Gentry.

"I think Eddie's steakhouse is absolutely amazing, man," he effuses. "It's worth the trip down here [to Harrodsburg, Ky.] to see it. It's all in a log cabin style that he and his wife Tracy built with their own vision, their own money ... it's how they want it, and it's just beautiful."

And rumor has it, there may be a joint business venture percolating between the brothers, involving a sports bar and possibly an amphitheater on the property.

"I don't know what's coming next over there, but there are some things in the talks," John Michael hints.