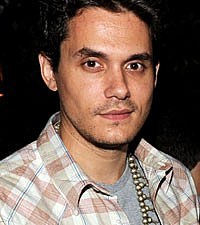 It would take a pretty special event for John Mayer to defy doctors' orders ... and this weekend's Southern Ground Music & Food Festival in Nashville is just that special. The Grammy-winning rocker has been added to both the Friday and Saturday night lineups (Sept. 21-22) at the Zac Brown Band-hosted event.

Earlier this year, John was forced to cancel his U.S. tour due to a vocal cord injury. He has no tour dates listed on his official website, as he recovers from surgery to remove a granuloma that had grown on his vocal cords. "Silent for the next few months, no singing for probably six," he wrote on his Tumblr page just a few weeks ago. "But all signs point to this being the last step in getting to perform again."

John Mayer is longtime friends with Zac Brown Band multi-instrumentalist Clay Cook. The two attended Berklee College of Music together and formed a duo called Lo-Fi Masters. Clay is also a co-writer on several of the rocker's biggest hits, including "No Such Thing," "Neon" and "Why Georgia."

The second Zac Brown Band Southern Ground Music and Food Festival will be held Oct. 20-21 in Charleston, S.C. ZBB bandmates have been very hands-on in designing the events to be a full sensory experience. In addition to hearing all of the great live music, concertgoers will be treated to gourmet food prepared by award-winning chefs. Special 'Front Porch Stage Box' tickets allow fans to sit right up on stage, just a few feet away from the bands, while being served a four-course meal and complimentary beverages.

"As a fan, my dream would be to be right up there on stage with an act ... Someone would bring me a meal with some really good wine and beer, and I'd be able to watch the show from right there," Zac tells The Boot. "I have a chance to show our fans the level of hospitality that we want to give them, to show them we pay attention to those kind of details."