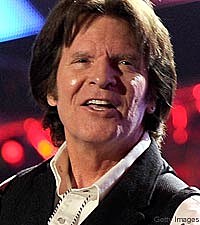 John Fogerty, former lead singer of Creedence Clearwater Revival, will be honored as a BMI Icon at the performing rights organization's 58th annual Pop Awards on May 18 in Los Angeles.

BMI Icons are chosen for their "unique and indelible influence on generations of music makers." Past BMI Icons include Kris Kristofferson, Willie Nelson and Dolly Parton, along with the Bee Gees, Paul Simon, Brian Wilson and James Brown, among others.

John Fogerty, a member of the Rock and Roll Hall of Fame with Creedence and also inducted into the Songwriters Hall of Fame, toured with his country-influenced band the Blue Ridge Rangers this past year.

The BMI Pop Awards will include an all-star musical to the legendary performer and will also honor the songwriters and publishers of the past year's most-performed pop songs in the U.S.