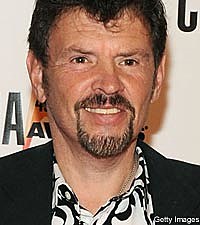 Jeff Cook is a founding member of the superstar group Alabama. With over 150 industry awards to their credit, including the ACM's Artist of the Decade in 1989, Country Group of the Century (yes, century!) from the Recording Industry Association of America, and induction into the Country Music Hall of Fame, it's no surprise that after Alabama retired from the concert stage in 2004, Jeff's enthusiasm for performing remained as strong as ever.

Jeff now offers a taste of his own music with Jeff Cook and the Allstar Goodtime Band, which released their debut CD 'Ashes Won't Burn' earlier in 2009. But while fans are hearing more of him, they're seeing less of him: Jeff has recently lost over 100 pounds! He also has three strong words for those awaiting an Alabama reunion.

Alabama was one of the most successful country bands of all time. When you won the Artist of the Decade from the ACM in 1989, looking back, did you see that award coming or were you shocked?

I was totally shocked. I remember they tried to surprise us with that, and they had us sitting on the front row. I was sitting next to Keith Whitley and Lorrie Morgan, and it just came out of the blue. They had us out there under the pretense that we were going to present an award to somebody.

When Alabama embarked on their farewell tour in 2003, were you ready to leave that kind of camaraderie and success behind you, or were you upset and disappointed that the group was disbanding?

I think it probably happened for a reason. You know the old saying: 'Everything has a reason.' I guess there were several contributing factors to the farewell tour. I know I was ready to do what I'm doing now with the Allstar Goodtime Band and broaden my horizons as far as music is concerned. I wanted to play some different types of music and do some covers.

How do you like being a solo act now with the Allstar Goodtime Band?

Well, I love it! I don't try to hog the spotlight. All of these guys are very talented, and I try to pass the microphone around, so to speak, and have everybody do their thing. I decide if we're going to play or if we're not going to play bookings. That's a lot different than having some person in Nashville or anywhere else in the world just send you a schedule and say, 'be in San Diego Friday.' I can control that [now], and if I don't want to work as much as I worked with Alabama, I don't.

What was the easiest part of being a member of a group?

You didn't have to take all the heat.

What did you guys do if there were creative differences?

I guess if you get in the recording arena, that's where the producer came in. I guess that's why you have producers [to make decisions] ... not always correctly, I might add.

Did you ever feel lost in the group, struggling for your individual identity?

That's always a consideration, but I felt like we were exposed enough to overcome that particular thing. We had a lot of time out there, a lot of interviews -- countless interviews and appearances and had a great fan base. We were accessible. We didn't have people going ahead of us saying, 'Don't be touching these guys when they come through here. Don't be talking to them.' I've seen a lot of that happen.

You had such enormous success. Did you enjoy it?

It was a combination of enjoyment and hard work. We had to work hard to get that recognition and to get played on the air, and to do interviews and TV shows. Fortunately all of it came out to the positive. We were able to give back to the charities.

How was that last show for you?

First of all, it's a real strange thing that a band named Alabama should do their last show in Bismarck, North Dakota. I sort of was able to exhale the next week. I started working on the next thing, the Allstar Goodtime Band. So we really didn't even slow up. The first thing I did was put out an instrumental album which kind of bridged the gap from Alabama to AGB [Allstar Goodtime Band]. It did fairly well. I didn't expect any airplay on that ... the fans sort of bought into that and followed suit. I want to mention that all these guys are multi-talented and almost all of them sing, and we can do harmonies much like the Eagles do live. I love it. It's not like a job any more, I guess because we've widened the scope of what we do. We do everything from 'Working Man Blues' to 'Brick House.'

If the CMAs called and asked Alabama to come back and perform, would you do it?

Not just for that show. It would have to be the kick-off of a reunion tour or something like that. That would be my first guess. I think everybody would feel like that.

Will there be a reunion tour?

I don't have my crystal ball in front of me, but I'd say when pigs fly. That would be a good tour name if we went back out. [laughs]

Brooks & Dunn are getting ready to do a farewell tour. Do you kind of understand their need for letting that go?

Yeah, in fact, I thought they'd already given it up and went home.

What words of wisdom would you give them going out on their own now?

They may find it a little difficult to be accepted individually.