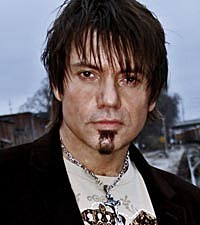 In September, Jeff Bates revealed to The Boot that after years of trying, he and his wife Kelly are expecting their first child. After their most recent ultrasound, Jeff is proud to tell us that their little bundle of joy, due April 30, will be a girl!

"I've said from the beginning that if God really wanted to get one over on me, He'd give me a girl that looks like Kelly and acts like me ... Uh, oh!," Jeff tells The Boot with a laugh. "We can tell from the ultrasound already that she looks like Kelly! We're both excited. I don't think I've seen anybody as pretty as my little wife pregnant -- now she would disagree, but that's alright."

Jeff is currently on the road as part of the Honky Tonk Tailgate Party tour with Mark Wills and Trent Willmon.