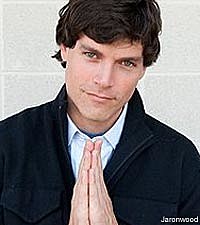 Jaron aka Jaron and the Long Road to Love says he can't help that his tongue-in-cheek anthem, 'Pray for You,' is so brutally honest ... after all, we all have those moments of weakness when we're not the nicest, especially when someone does us wrong. The singer says artists like Toby Keith have made it a little easier these days to release songs with those kinds of sentiments.

"Toby's personality, his songs and his point of view have paved the way for a guy like me," Jaron tells Country Weekly. "Without Toby Keith, a song like 'Pray for You' can't be accepted the way it is. How many times in traffic have we screamed something out, yelled at somebody? They're not bad people, we just caught them at a bad time. I tend to write as close to the truth as possible with the ugly parts included."

Ironically enough, Jaron says the real-life girl the song was written about will probably never know about his little "prayers" for her. "We haven't had a conversation. The girl I wrote 'Pray for You' about is not really the kind of person who's quick to reach out to me."

But Jaron will have a chance to personally thank Toby for breaking ground with songs such as the biting 'How Do You Like Me Now?!' It was announced this week that he'll open several dates on Toby's American Ride tour.

Download Jaron And The Long Road To Love Songs