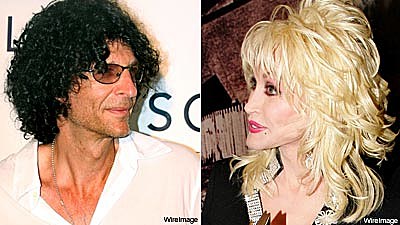 Howard Stern has responded to Dolly Parton's threaten to sue him over a crass comedy bit that the shock jock played on his radio show earlier this month. Parton was furious over the segment, which was made by splicing words that she voiced on her audio book to create what the country legend calls a "racist and sexually vulgar" rant. Stern says Parton should have a better sense of humor about it.

"It's an absurd bit," he explains. "It's obviously parody and it's funny as hell."

When asked about the potential lawsuit, Stern wasn't laughing.

"I can't even imagine someone thinking they have an actionable case, but bring it on," he snapped.

Parton contemplated a lawsuit in her initial statement to the press after hearing the bit. She wrote that she was shocked, hurt and humiliated . . . enough so to think of taking legal action.

"I cannot believe what Howard Stern has done to me," she writes. "In a blue million years, I would never have such vulgar things come out of my mouth. They have done editing or some sort of trickery to make this horrible, horrible thing. Please accept my apology for them and certainly know I had nothing to do with this. If there was ever going to be a lawsuit, it's going to be over this. Just wanted you to know that I am completely devastated by this."

It has not been confirmed whether Parton will indeed pursue her legal options on the matter.