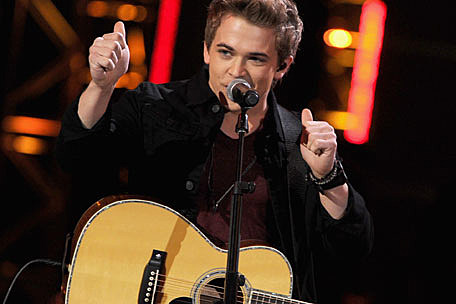 The 55th annual Grammy Awards aren't until February, but the excitement started tonight! With help from some of music's biggest stars (and Grammy nominees!), CBS hosted its annual "Grammy Nominations Live" concert Wednesday night (Dec. 5) -- broadcasting the event for the first time from Nashville, Tenn., a.k.a. Music City.

Nominees in just a few of the categories were announced during the show, which was filled with killer performances by Dierks Bentley, The Band Perry, Hunter Hayes, Maroon 5, The Who, Luke Bryan, Fun. with Janelle Monae and Ne-Yo.

Song of the Year

Record of the Year

"Lonely Boy," the Black Keys
"Stronger (What Doesn't Kill You)," Kelly Clarkson
"We Are Young," Fun., featuring Janelle Monae
"Somebody That I Used to Know," Gotye featuring Kimbra
"Thinkin' Bout You," Frank Ocean
"We Are Never Ever Getting Back Together," Taylor Swift

*What's the difference between Song and Record of the Year, you ask? Song honors go to the songwriters, while Record goes to the recording artist and producer.

Album of the Year

Eli Young Band, "Even If It Breaks Your Heart"
Little Big Town, "Pontoon"
Taylor Swift & The Civil Wars, "Safe and Sound"
The Time Jumpers, "On the Outskirts of Town"
Don Williams & Alison Krauss, "I Just Come Here for the Music"