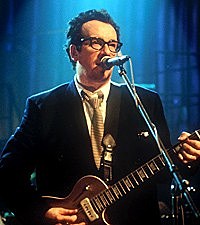 For those who didn't notice the pedal steel on 'My Aim Is True,' Costello first revealed his country-lovin' side with 'Stranger in the House,' which he later recorded with George Jones. In 1981, the New Waver teamed up in Nashville with legendary producer Billy Sherrill for 'Almost Blue,' which included songs by Hank Williams, Don Gibson and Gram Parsons. Costello's love affair with country endures: He made his Opry debut with Emmylou Harris in 2006.

Previous Next
Filed Under: Elvis Costello, ElvisCostello
Categories: Lists
Comments
Leave A Comment
Back To Top