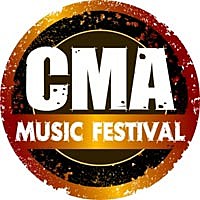 Country music fans get ready! The Country Music Association has announced the dates for the 2011 CMA Music Festival: June 9-12, 2011. Four-day ticket packages will go on sale Monday, August 23 at 11 AM ET. Fans can purchase their tickets through Ticketmaster or by calling 1-800-745-3000. Tickets are also available at www.CMAfest.com or by calling 1-800-CMA-FEST.

In June, the 2010 CMA Music Festival attracted its biggest crowd to date, selling out completely for the first time since 1972. Over 65,000 die-hard country music fans from all 50 states and 26 nations converged on Music City to celebrate. The festival featured non-stop concerts, autograph signings, celebrity events and fan club parties.

The Country Music Association announced prior to this year's event that 50 percent of the net proceeds would be donated to the Community Foundation of Middle Tennessee for flood relief. The other 50 percent was targeted for the Metro Nashville Public Schools for music education through the Keep the Music Playing program.

The CMA Music Festival will be celebrating its 40th anniversary next summer.