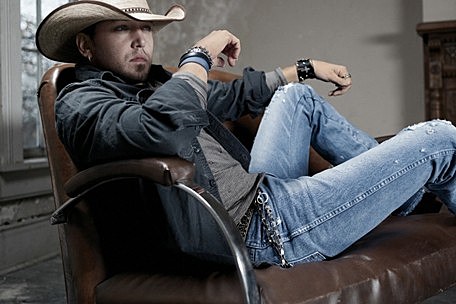 The 2011 CMA Awards nominees were announced today (Sept. 6), revealing that Jason Aldean, Brad Paisley, Blake Shelton and Taylor Swift lead this year's pack with five nods apiece. It's particularly sweet news for Jason, who has never won a CMA. Among his nominations is the night's biggest prize, Entertainer of the Year, for which the 'Dirt Road Anthem' singer will compete with Brad, Blake, Taylor and Keith Urban.

Jake Owen and four-time nominees the Band Perry announced the first round of categories live on ABC's 'Good Morning America,' with Jake also performing his No. 1 hit, 'Barefoot Blue Jean Night,' on the broadcast. Jerrod Niemann and Thompson Square announced the finalists in seven more CMA award categories during a press conference at Nashville's Ryman Auditorium.

Brad Paisley and Carrie Underwood will co-host the show for the third year in a row. The 45th Annual CMA Awards will air live from Nashville's Bridgestone Arena on November 9, 2011 at 8:00 PM ET on ABC.

Album of the Year
(Award goes to artist and producer)

'All About Tonight'
Blake Shelton
Produced by Scott Hendricks

'This Is Country Music'
Brad Paisley
Produced by Frank Rogers

Single of the Year
(Award goes to artist and producer)

'If I Die Young'
The Band Perry
Produced by Paul Worley

Song of the Year
(Award goes to songwriters)

'If I Die Young'
Kimberly Perry

'You and Tequila'
Matraca Berg and Deana Carter

'If I Die Young'
The Band Perry
Directed by David McClister