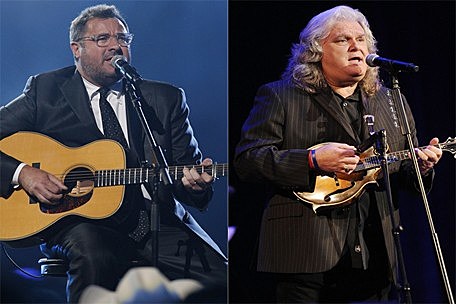 The 20th Annual Springer Mountain Farms Bluegrass Nights at the Ryman concert series will kick off Thursday, June 20 with a performance by Vince Gill.

The popular concert series boasts a stellar lineup of some of the top instrumentalists and vocalists in the genre. The historic Ryman Auditorium is the ideal venue to showcase bluegrass; it served as the home of the Grand Ole Opry from 1943 until 1974, and it was on that stage, in December of 1945, that 21-year-old Earl Scruggs first publicly debuted his signature style of playing a five-string banjo with a three-finger roll. That sound became the final ingredient in the musical form that came to be know as bluegrass.

The 2013 series runs every Thursday night from June 20-July 25, when it wraps with a performance from Ricky Skaggs and Kentucky Thunder. Other performers include Doyle Lawson & Quicksilver, the Gibson Brothers, Ralph Stanley and Jim Lauderdale, and Dailey & Vincent.

Tickets to each individual show are $27.50, or season passes are available for $147.00. Purchase tickets by phone at (615) 458-BLUE, at the Ryman or Grand Ole Opry box office, or at Ryman.com. For more information about the dates and individual performances, visit this link.