We're more than halfway through 2010, and all the terrific new releases this year have given The Boot writers plenty of fodder -- and then some -- for another Best of 2010 list. The toughest part of compiling this list? Choosing from among the songs released by seasoned hitmakers such as Alan Jackson and Jewel to newer country stars including Jamey Johnson and Lady Antebellum to veterans such as Willie Nelson and the late Johnny Cash.

Let's not forget there's also an abundance of brand-new talent – including Elizabeth Cook and Cherryholmes – making some ultra-hot music as well. With all of the snappy new songs in new country, Americana, bluegrass and other segments of the country format, 2010 is clearly a banner year for music. Be sure to bookmark this page, as we'll update the list throughout the year, adding even more great tunes to share with you!

10
'Ten' (Acoustic), Jewel
Ever since Jewel released 'Pieces of You' in 1995, it's been clear that this Alaska native doesn't need anything more than her lush, expressive voice and maybe an acoustic guitar, to create a groundswell of emotions within her listeners. Although she's become a major musical force since her days of asking 'Who Will Save Your Soul,' her best work is still the simplest. Consider 'Ten,' from the just-released 'Sweet and Wild' (Deluxe) album. There's nothing wrong with the full band version, but the real magic of the song -- about keeping perspective when arguing with someone you love -- comes when it's told by just Jewel and her guitar.
Read Lyrics | Download It 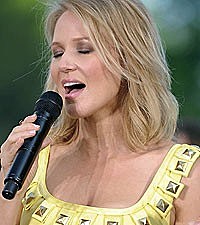 Getty Images
09
'Weaver of Lies,' Cherryholmes
Cherryholmes are living proof that a family band can not only survive but soar. Consider 'Cherryholmes IV: Common Threads,' the just-released album by the bluegrass brood. Six of the 13 songs on the album were written or co-written by Cia Cherryholmes. To hear the richly textured lyrics of 'Weaver of Lies' -- a tale of becoming and surviving a liar -- one knows Cia is an old soul in a 26-year old's body, and a mighty talented old soul at that.
Download It 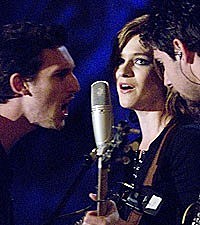 Getty Images
08
'Hello World,' Lady Antebellum
Lady Antebellum struck musical gold (and multi-platinum sales) with their latest album, 'Need You Now,' and the trio just radiates happiness and goodwill. That's perhaps best reflected on this poignant album track for which we're rooting to be a single. Charles Kelley takes lead vocals on the song, about looking past life's chaos to see the beauty in God's gifts. Life is good for Lady A, and they want to share it.
Read Lyrics | Download It 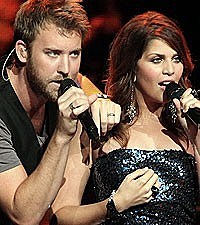 WireImage
07
'After 17,' Alan Jackson
There's a reason Alan Jackson is the master of his art and this song just underscores it. Sure, there are flashier tunes on the new release 'Freight Train' but arguably few as powerful as this simple tale of reflecting on a young girl growing into adulthood. With lyrics that include 'She's not a woman, not a girl, trying to find her place in this crazy world,' Alan's written a song that would give authors pause -- it's that lovely.
Download It 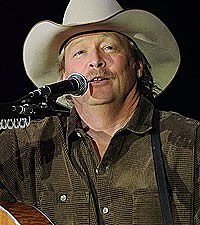 Getty Images
06
'Drinking Champagne,' Willie Nelson
Willie Nelson didn't write this one, but he might as well have, since the gist of the song hints at a real-life drama he portrayed on screen and lived out in real life! In the movie 'Honeysuckle Rose,' Willie has a fling with Amy Irving's character, which breaks up his relationship with Dyan Cannon. In real life, it was a relationship Willie had with Amy which allegedly led to her break-up with director Steven Spielberg (although the two did eventually marry -- and divorce.) With Willie's classic crooning at work, he makes Bill Mack's classic tale of pining for lost love his own.
Read Lyrics | Download It 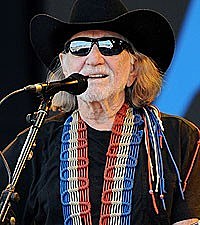 Getty Images
05
'Ain't No Grave,' Johnny Cash
Anyone who hears Johnny Cash's emotion-filled baritone singing the Claude Ely classic 'Ain't No Grave (Gonna Hold This Body Down)' and isn't rattled to the core just can't be human. Included on his final album, 'Johnny Cash IV: Ain't No Grave,' this is a powerful statement by a man of enduring faith.
Read Lyrics | Download It 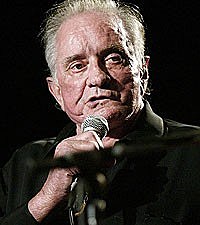 AP
04
'Macon,' Jamey Johnson
Nothing high-tech in the music, nothing ultra fancy in the lyrics, just a song about a man driving his big rig all night to return to his loved ones in -- surprise! -- 'Macon.' The song is set to be included on Jamey Johnson's September double-disc release ' Guitar Song.' If this tune is indicative of what we can expect, don't be surprised if the album shoots up the charts like a flare.
Read Lyrics | Download It 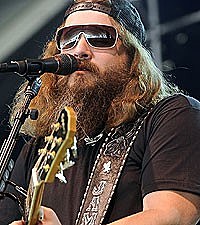 Getty Images
03
'In God's Country,' Infamous Stringdusters
It's tough to think of this U2 anthem as anything but a bluegrass tune now that the infinitely talented Infamous Stringdusters have covered it. Full of banjos and clear, stark vocals, this track from their 'Things That Fly' album just feels so right. Chris Pandolfi of the Stringdusters tells The Boot that the band had tried to cover the song a few years ago but "it just didn't work." They pulled it out again during pre-production for the album and, well, one listen will make you think U2 who?
Read Lyrics | Download It 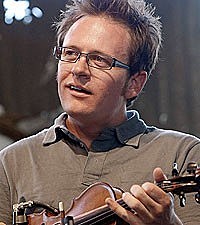 Getty Images
02
'Rock 'n' Roll Man,' Elizabeth Cook
The welder's daughter who also welds all types of country sounds -- bluegrass, Americana, a sprinkling of pop -- into her tunes has written and recorded one of the best beat-on-the-dashboard-and-sing-along-at-top-volume song of the summer. With nods to tip jars, Southern thrift stores, and 'talk about Elvis but only in the Sun Years,' summer country songs don't get much better than this track from the Don Was-produced 'Welder' album.
Read Lyrics | Download It 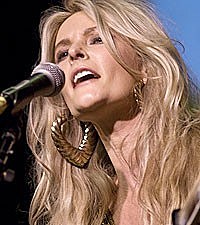 FilmMagic
01
'Up on the Ridge,' Dierks Bentley
Take your country music talent, mix in a heap of the bluegrass artistry you've always adored, call on several of the artists you most admire to make guest appearances and you have the makings of a sure-fire hit. An album that's likely to blast Dierks into the big leagues, featuring a title track about what sure sounds like romance and dark mystery, 'Up on the Ridge' features guest vocals by Alison Krauss. Get ready for this to become a summertime anthem.
Read Lyrics | Download It 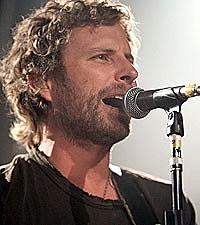