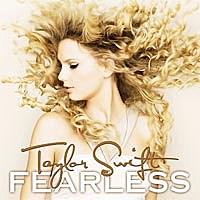 The numbers are in for 2009's top-selling album, and it turned out to be a real horse race, with an exciting down-to-the-wire finish! Taylor Swift's 'Fearless,' with 3,216,000 copies sold, took the top spot, with 'Britain's Got Talent' contestant Susan Boyle selling 3,103,000 copies of her debut album, 'I Dreamed a Dream.' (Coincidentally, Susan came in second place on the TV show's finale, too.)

The NY Daily News reports the Scottish singer did outdo the teen superstar in one area, selling three million physical copies of her album to Taylor's 2.8 million tally, with the remaining total reflecting digitally downloaded copies.