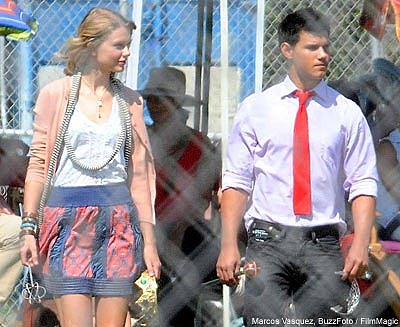 Taylor Swift will appear alongside some of the biggest names in Hollywood in the upcoming film, 'Valentine's Day.' The country superstar was spotted on the movie's set this week, filming a scene with fellow teen star Taylor Lautner (of 'Twilight' fame). Photos from the set suggest the two play high school sweethearts in the flick, which follows several characters as they deal with the romantic pressures that inevitably come with the Valentine's Day holiday.