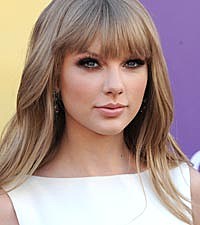 Just after coming in at No. 11 on the Forbes' Top 100 Most Influential Entertainers list, Taylor Swift is dropping a ton of cash in Nashville. Don't worry though, it's for a great cause!

The 22-year-old singer has announced her donation of a whopping $4 million to the Country Music Hall of Fame and Museum. The money will directly fund the Taylor Swift Education Center, a 7,500 square foot expansion to the Nashville institution.

"It will allow us to do what we do better, serve more people, develop new programs and I'm happy to say that as we talked through this opportunity with Taylor, she very much wants to be involved in an advisory capacity in what we do," museum director Kyle Young told the Washington Post. "Is there a better person out there who's in touch with a young audience? I think not. I was joking we should be paying her to do that."

The Swift project is a part of a much larger $75 million expansion of the entire Hall of Fame museum. Taylor's wing will feature two stories, three classrooms and an exhibit space geared toward kids. The Education Center is expected to open in 2014.