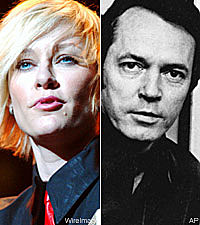 When legendary songwriter and producer Billy Sherrill is inducted into the Country Music Hall of Fame later this year, one of the artists performing in his honor will be Shelby Lynne. While they share a home state, Alabama, the pair are also historically linked by Shelby's very first recordings, made in Nashville while she was still in her teens.

In a career which has encompassed a variety of musical styles, each of Shelby Lynne's albums has nevertheless certainly been influenced heavily by those first sessions in the late 1980s, with Billy Sherrill in the producer's chair. Other acts Sherrill has worked with through the years include Tammy Wynette (with who he co-wrote 'Stand By Your Man'), George Jones, Tanya Tucker, Elvis Costello and Charlie Rich.

"I've always thought he was a genius," Shelby tells The Boot. "I was too young to know the importance of working with him at the time. I mean, I knew it then, but I'm going to be 42 this year, so it's been 22 years since I worked with Billy Sherrill. It is way past time he was in the Hall of Fame because Billy did more for Nashville and for music in his day. And he's fun as hell, he's funny and all those other things that go along with being a great person. And he's an Alabama boy!"

And while he could have imparted countless pearls of wisdom from his years of experience, it turns out Billy Sherrill had very little to say, but he made an impact, anyway. "He didn't tell me to do anything except get in there and sing," recalls Shelby. "And that's always what my golden rule has been. Just get in there and sing and don't think about all this other sh--, just get in there, hush, and do it. And that's what I do."

Well, that's not all she does. Shelby Lynne releases her latest album, 'Tears, Lies and Alibis,' which she wrote and produced entirely on her own, April 20. The Boot will have more from our exclusive interview with Shelby next week!