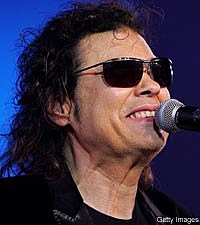 With such a rich musical heritage, it's fitting that Tennessee has more official state songs than any other state. And now a resolution has been passed by lawmakers to add one more to the list. 'Smoky Mountain Rain,' a Top 30 pop and No. 1 country and adult contemporary hit in 1980, recorded by Ronnie Milsap, is the latest tune to earn that special distinction.

The resolution, signed into law by Tennessee Gov. Bredesen on June 9, was sponsored in the Senate by Sen. Tim Burchett (R-Knoxville), and in the House by Rep. Joe McCord (R-Maryville).

'Tennessee Waltz' and 'Rocky Top' are the most famous of the Volunteer state's official songs. The lyrics to all seven, and the "official Tennessee Bicentennial Rap Song" are available here.

The 'Smoky Mountain Rain' resolution reportedly inspired some lighthearted moments for the Finance Committee when Rep. McCord, after describing the resolution, declared, "I would yield to Rep. [Richard] Montgomery (R-Sevierville) for an explanation and singing, please." Committee Chairman Craig Fitzhugh, (D-Ripley), said the committee lacked the appropriate "karaoke machine" to accompany any singing, but Montgomery took the mic and delivered the first line of the song in a gravelly voice. The resolution (if not Montgomery's rendition of the song) was approved unanimously.