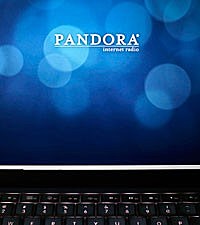 Country stars Alabama, Vince Gill, Darius Rucker, Rodney Atkins, Easton Corbin, Trisha Yearwood, Zac Brown Band and Jana Kramer are just a few of the 125 artists representing several music genres in speaking out, via a letter published in Billboard magazine, against Internet radio company Pandora, which is currently urging Congress to pass the Internet Radio Fairness Act. The act attempts to lower the amount artists are paid when Pandora plays their music and, according to MusicFIRST Coalition -- which represents artists in an effort to ensure fair pay -- could slash by 85 percent royalties paid to musicians when their songs are played over Internet radio.

"We are big fans of Pandora," the letter begins. "That's why we helped give the company a discount on rates for the past decade. Pandora is now enjoying phenomenal success as a Wall Street company. Skyrocketing growth in revenues and users. We celebrate that. At the same time, the music community is just now beginning to gain its footing in this new digital world."

The letter goes on to question the proposed legislation (H.R. 6480/S. 3609), saying, "Why is the company asking Congress once again to step in and gut the royalties that thousands of musicians rely upon? That's not fair and that's not how partners work together. Congress has many pressing issues to consider, but this is not one of them. Let's work this out as partners and continue to bring fans the great musical experience they rightly expect."