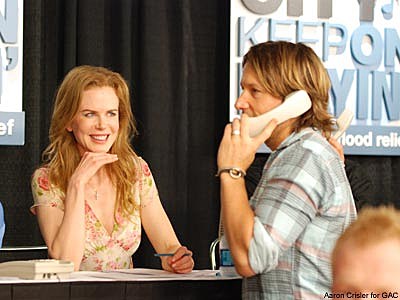 It certainly pays off to help those in need! One lucky caller who phoned in to make a donation during Sunday's 'Music City Keep on Playin': A Benefit for Flood Relief' telethon got to speak to both Nicole Kidman and Keith Urban. The actress was one of dozens of celebrities to take calls during the three-hour live television event on GAC, while her husband served as a performer. More than $1.7 million (and counting!) was raised for victims of the deadly floods that devastated middle Tennessee earlier this month. Read our full recap of the star-studded show here, and make your own donation to help flood victims here.