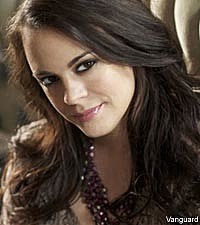 When Dolly Parton speaks, people listen. So when the living legend endorsed -- then recorded with -- relatively unknown singer-songwriter Mindy Smith, audiences sat up and took notice.

"Even though Mindy is still young and new to the music business," said Dolly, "I believe she will leave her mark as one of our greatest writers and singers ever."

Born on New York's Long Island, Mindy has been in Nashville since the mid-'90s. In 2003, she recorded the iconic 'Jolene' for the Dolly tribute album 'Just Because I'm a Woman.' The following year, Dolly joined her on harmony vocals (and in the music video) for the tune, and it was featured on Mindy's debut album, 'One Moment More.'

Earning favorable comparisons to Alison Krauss, Patty Griffin and Shawn Colvin, Mindy's eclectic mix of country, folk and pop has garnered her considerable acclaim both in the U.S. and abroad. Her latest album, 'Stupid Love,' (her fourth for Vanguard Records) continues to stretch musical boundaries, and explore a range of emotions through her deeply personal writing.

"People tend to relate to my songs because of their own experiences," says Mindy. "They'll take what works in their own life away from this record. Everything here is definitely from my personal experience. Heartbreak, healing, all that stuff ... it's all legit."