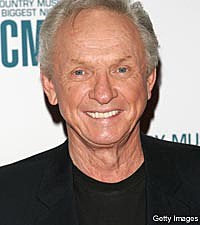 Mel Tillis was named CMA Entertainer of the Year in 1976, the same year he experienced one of his favorite -- and funniest -- moments on stage. The Country Music Hall of Fame member recalls the show, which was co-hosted by Johnny Cash and Roy Clark, and the moment when his name was called to accept his Entertainer of the Year trophy.

"I was up against some mighty stiff competition," Mel tells The Boot. "I think it was Waylon Jennings, Willie Nelson, Dolly Parton and Ronnie Milsap. I was sitting out in the audience – and in those days you could smoke. And I [was smoking] a pipe. I don't really smoke, but I was smoking a pipe that night -- I don't know why. When Tennessee Ernie [Ford] called my name, I was so shocked that I put that pipe inside my tux, and it was lit! I got up on stage, and I started smoking. Smoke was coming out of my tux, and it got to burning me. I got my award and said very little and got off. I was so surprised, because I had no idea I could ever beat Dolly!"

In 2007, Mel's daughter, singer Pam Tillis, inducted him into the Grand Ole Opry. Later that summer he was elected into the Country Music Hall of Fame. No tuxes were burned on either occasion.