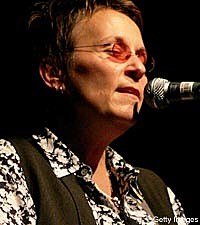 Mary Gauthier's sixth studio release, 'The Foundling,' is the story of her life.

Born to an unwed mother in 1962 and then adopted, Mary decided to musically explore the beginnings of her life almost as soon as she became a musician.

"I always knew I was going to make a record called 'The Foundling,'" Mary tells The Boot of the just-released recording. "Since I picked up a guitar, I knew it."

Although the hope was alive, there were giant roadblocks Mary had to circumvent before she could tackle the emotionally challenging project.

"I am a drug addict and an alcoholic. I have been sober since July 13, 1990," Mary declares. "I was not able to create during my drinking and drug abuse. Oddly enough, I could open restaurants. But as I got sober and able to read books, my language skills opened and I became spiritually more open. I moved more toward songs as a way of expressing myself. But I had to get sober first. I was pretty empty. I had a lot of work to do before I could get onstage and face people. But I did that work and it was all a process of becoming more whole."

After writing her first song at age 35 and moving to Nashville at age 40, Mary found critical success with her 1997 debut album, 'Dixie Kitchen.' Her breakthrough album 'Mercy Now' was released in 2005 and won both critical and popular acclaim.

It wasn't long after that Mary had an experience that prompted her to begin work on what would become 'The Foundling.'

"I had played a show in New Orleans and was brought over to the orphanage where my mother relinquished me. I had never been there before. I had no compelling reason to go. I didn't even know it was still there," says Mary, who went at a friend's urging. "The minute I walked in there, it all became real."

That was a feeling she hadn't achieved even when she reached out to -- and was rejected by -- her birth mother when she was 45. 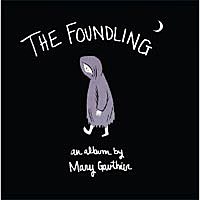 Working with producer Michael Timmins of Cowboy Junkies, Mary was able to bring her emotions about her abandonment and adoption into her songs.

"It was about two years of work, two years getting it right," says Mary. "It was a lot of sitting at my desk, a lot of false starts, a lot of trying to find the story inside the melody and trying to make it come together as a body of work not just a bunch of songs. I didn't know if I was smart enough to do it ... Michael helped me bring the stories to life."

Among the extremely personal songs on the album are 'The Orphan King,' which is Mary's musical statement that she won't let her birth mother's rejection sour her on love, 'Mama Here, Mama Gone,' about an infant's trauma after its mother leaves it behind, and 'Good-Bye,' about the unsettled feelings abandonment causes the person left behind.

Although 'The Foundling' isn't a traditionally happy ending type of story, Mary says the project helped her make peace with many aspects of her life.

"I have got my story," she says. " Adoptees rarely get our stories. We only know what we are told. I don't even have my story really. My mother won't tell me. She won't tell me who my father is. She won't tell me the story of my birth. There is some power in going in and doing this terrifying work and being able to say you know what, I have the right to ask these questions. It's taboo you're not supposed to ask. But you have a right to know."

Mary is currently on tour behind 'The Foundling.' Her next tour date in the U.S. is on June 16 New York City with dates scheduled until August 1 in Charleston, W.V.