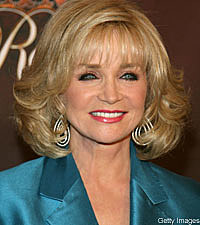 Three entertainers known for their musicianship and performance style were announced Wednesday as the newest inductees into the Country Music Hall of Fame. Barbara Mandrell, Roy Clark and Charlie McCoy will be officially inducted into the Hall of Fame during a special ceremony in May.

Mandrell joins the prestigious Hall in the category of career achievement from 1975 to present. At Wednesday's announcement at the Nashville museum, she was introduced by her sister Louise Mandrell, who said she was sworn to secrecy about the honor. Louise went on to say how proud she was of Barbara's accomplishments, from her hit TV show 'Barbara Mandrell and the Mandrell Sisters' to being named the CMA's Entertainer of the Year.

"I am just really blessed. I had great teachers, who were the most extraordinary entertainers," said Barbara in response to her introduction. "I am so excited; I still don't believe it."

Mandrell had a string of hits in the 70s and 80s, including 'Sleeping Single in a Double Bed,' 'Standing Room Only,' 'Married But Not To Each Other' and 'Woman to Woman.' 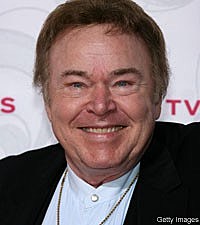 Clark is a guitarist and singer who first came onto the scene in the 70s with appearances on the 'Jimmy Dean Show' and 'The Tonight Show.' Among his hit singles are 'Tips of My Fingers,' 'Thank God and Greyhound' and 'I Never Picked Cotton.' But he's perhaps best known as co-host of the popular TV series 'Hee Haw,' alongside his buddy Buck Owens. Clark is being inducted in the Hall of Fame under the World War II until 1975 category.

McCoy, a prominent session musician in the 70s and 80s, was announced in the category of recording and touring musician active prior to 1975. Mel Tillis introduced his longtime friend, whom he encouraged to move to Nashville after seeing him play in a nightclub in Florida. McCoy remembers going to a session where Owen Bradley was producing Brenda Lee's hit, 'Sweet Nothings.'

"After I saw those musicians work in that session, I forgot all about being a singer -- I knew I wanted to do that," he said.

McCoy went on to play in thousands of recording sessions, including those of Elvis Presley, Dolly Parton and Kris Kristofferson. He also recorded several instrumental albums throughout his career.

The official induction ceremonies will take place at the Country Music Hall of Fame in Nashville in May.