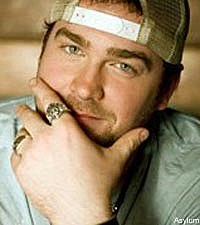 Some people might think songwriter Lee Brice is crazy to give up some of the best songs he's written just so other artists can record them. But the South Carolina native, now living in Nashville, doesn't necessarily agree. In fact, songwriting has turned out to be very, very good to Lee, who has songs on upcoming albums by Tim McGraw and Kenny Chesney, along with potential cuts by several other major artists.

While singer/songwriters have tough decisions to make when it comes to giving up their tunes, Lee decided to let Kenny cut 'Seven Days a Thousand Times' after he fell in love with the tune. Kenny then asked to hear more of Lee's tunes and may record another one. Blake Shelton is also considering cutting one of Lee's tunes as well.

"It's so hard, lately even more, to make that decision of letting one of my songs get recorded," Lee tells The Boot. "'More Than a Memory' could have been be a hit for me and I could be a big artist right now, who knows?"

The "big artist" who topped the charts with that tune, of course, was Garth Brooks, so it's tough to fault Lee for letting that one go. And Tim McGraw recorded has Lee's 'Still' for the upcoming 'Southern Voice' CD. Fans have been hearing Tim do the tune in concert since last year and the response so far has been overwhelmingly positive. And as a recording artist himself, Lee recognizes he's at different place in his career and that songs of his own might not necessarily be as big a hit for him as they would for someone else.

"A breakout single is a very different song from a hit single," he points out. "McGraw and Chesney can put out anything they want to put out. If it's a great song, it'll probably be a hit for them. If a new artist like me does it, it might not work, even though it's a great song."

Lee believes his new single, 'Love Like Crazy,' which has just entered the charts, has the potential to be the breakout release he needs as an artist, although, ironically, he didn't write it. Still, he stands by his decisions.

"Financially it helps to be able to get a big cut ... but as an artist I don't lose by getting my songs recorded. Radio, the music industry and the fans look at me and say, 'Well he's not just an artist, he's a songwriter.'"

Lee pauses for a moment, then grins, adding, "I can always write another song!"