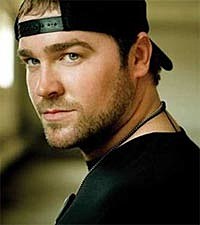 Lee Brice is a familiar face on 'Most Eligible Bachelor' lists, but is he truly eligible? There's an old flame who's still top of mind for the country star.

"We're in that process," Lee tells The Boot, referring to his relationship with Sara, the mother of his 2-year-old son, Takoda. Over the 12 year span that the couple has known each other, they've dated, moved to friend status, then dated again.

"We met in a storybook way," Lee explains. "I was walking on North Myrtle Beach one night, when I was there on vacation. I was around 18 years old, and it was just me and a few buddies, and we were looking for girls. It was raining and dark, so no one was on the beach, and then this girl walks by in this big ole sweatshirt, and you can't tell if she's attractive or not. Just as she walked by, the light hit her just right and I'm like, 'She's gorgeous.' So I said to my buddies, 'If she turns around, I'm going to go walk back to her.' I looked back and the next thing I know, she's turned around, so I went after her. We sat down on the beach and talked, then I went and got my guitar and played songs for her on beach."

The first obstacle the pair had to overcome was geographical. "She's from Ohio, so I went there to see her," he explains. "We dated a little bit, and then while I was in college we were just friends. I dated other people and she had a boyfriend, but we stayed really great friends. She's such a cool person and someone who's really special."

Lee was in Ohio on a radio tour a few years ago and decided to look Sara up. "I hadn't seen her in years, and she looked the same," he says with a smile. "We started dating a little bit, and then we had our little boy. We didn't get married right away because we didn't want to do that just because we had a baby. If we got married, we wanted to do it for the right reasons. She's just an awesome person and a wonderful girl."

Although Lee hasn't been living in Ohio with Sara and Takoda, he sees them whenever he cans and misses them dearly when he's on the road. "Takoda is spitting out all kinds of words and having conversations with me on the phone," Lee says. "He's got a guitar, and he tries to write songs and sing them to me. When he sees an airplane, he thinks his daddy is coming to see him."