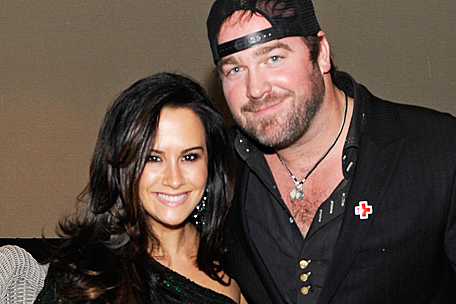 Lee Brice is excited about Sunday night's ACM Awards, but not for reasons most would think of immediately. Yes, he's nominated for Song of the Year for his hit single, "A Woman Like You," but Lee is more interested in the woman he'll be escorting to the gala event.

"I love the awards show, mostly because I get to see Sara (Reeveley, his fiancée) all dolled up in her dress and walk her down the red carpet," Lee tells The Boot. "It's so much fun to see her smile and how beautiful she looks."

Of course Lee is hoping for a win in the Song of the Year category for songwriters Phil Barton, Johnny Bulford and Jon Stone. "Any nomination is cool with me, I'm just happy to be playing music," the singer says. "Anything beyond the music is just extra to me."

Lee is allowing some extra time in Las Vegas this year because Takoda, his 4-year-old son with Sara, will be with them. "We'll probably take him on some of those lazy river rides or other activities for kids there in Vegas," he explains. "I think we'll have a sitter for him during the awards show ... that would probably be a little much to ask for him to sit still that long!"

While Lee is looking forward to the ACM awards, he is really looking forward to his wedding later this month. He plans to take a few weeks off for the wedding and honeymoon during the last half of this month, then just spend some time at home before he goes back out on the road. Lee plays the Country Thunder Festival in Florence, Ariz. on April 14, followed by a May 3 show in Kirksville, Mo.