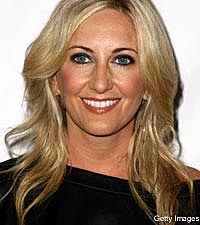 Lee Ann Womack, herself a recipient of five ACM Awards, will host the second annual ACM Honors, an event created to acknowledge special categories not included on the awards' show television broadcast.

"I'm so happy the Academy asked me to host the ACM Honors," says Lee Ann. "Without the good work of so many of these honorees, country music would just not be what it is today, so I'm delighted to be able to help salute them."

The event will be held September 22 at Nashville's Schermerhorn Symphony Center.