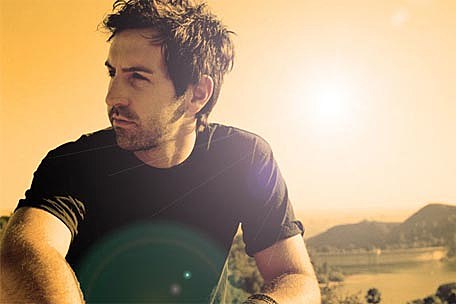 Josh Kelley is nostalgic for his teenage years in 'Georgia Clay,' the singer/songwriter's debut country hit. It's a song that's been a long time coming ... After finding multi-platinum-selling success in the pop world, releasing half a dozen albums, Josh is finally getting to do what he wanted to do in the first place -- sing country music.

Josh started knocking on doors in Nashville when he was 21 and was turned down by four different country labels. He landed his pop deal shortly after, but country was always in his heart and often in his lyrics. Josh's musical life came full circle last year when he landed a deal with Universal Music Group in Nashville, the city he once called home and may soon again, as he and movie star wife Katherine Heigl leave Hollywood behind to raise their daughter in a more family-friendly place.

But first, Josh is packing his bags for CMT on Tour 2010, hitting the road with Miranda Lambert and Eric Church on a cross-country trek that begins September 29 in New York. The Boot caught up with the Georgia native in between tour rehearsals to talk about going back to his musical roots. We also get a sneak preview of the upcoming album, which includes songwriting credits for another famous Kelley -- his brother Charles of Lady Antebellum.

Tell us about the inspiration behind 'Georgia Clay.'

I wrote that with Charles and Clint Lagerberg. We were sitting around Charles' house, hanging out and drinking a little whiskey ... And we started talking about our childhood and summertime, when we'd put a couple of wave-runners behind the truck and head to the lake. And we started talking about my dad's truck, a '77 Chevy Silverado. We learned how to drive in that truck. And I said, "Man, if we could find that truck today ... I bet there would be some Georgia clay underneath that truck!" And the stories it could tell if it could talk ... I had my first kiss in that truck. I drove it to my first summer job. There are so many memories in there, the song kinda wrote itself.

There's a line in the song about being the only one of my friends with a fake I.D. Well, I was the only person at age 15 with a full beard! [laughs] So all those little things in the song are true.

What were you like as a teenager -- more of the class clown or the artistic type?

A little bit of both. I was the artistic clown who also played sports. I didn't associate myself with any one clique. I just did my own thing, playing music and sports.

When you and Charles write together, is one of you more the lyricist and the other the melody maker?

Charles isn't really in charge of the music. He's more about the lyrics. I like being the guy who comes up with the cool riffs and the cool chord structure.

You and Charles had a band together called Inside Blue when you were teenagers. What was the set-list like at an Inside Blue show?

We loved all the music we played, but I admit we did some cheesy covers for sure. We were playing 'Free Bird' and all that, but we also played our own material. We were writing songs that were pretty good, I have to say, for 15 and 16 year olds. One of the songs actually played on the radio locally, called 'Ten Years in the Bottle,' which was kind of weird considering we were only like 16 years old! [laughs] I wonder if anyone can even find that [song] today. I think we only made like 1,000 copies of it.

'Naleigh Moon' is a song dedicated to your precious daughter on the upcoming project. Are you rooting for it to be a single, or is it more of a personal song you cut for your family?

When I wrote it, I really didn't think it could be a single. But when everyone at the label heard it ... Singles are supposed to be relatable songs, and any parent can relate to the joys of a child -- just seeing them, when a child laughs or smiles at you. It's so rewarding. So I'm really looking forward to people hearing it and hopefully it will be single number two.

This will be your seventh studio album, yet you're being called a "new artist," since you are a country newcomer. Is that frustrating?

Not at all! I want to be a new artist. It's not frustrating at all. I have been developing my career for years and have been fortunate enough to put my music out there, but never on a global level. I was still learning. It took me getting married and having a kid to really have things to write about. Before, I was writing about things I only hoped to have someday, things I could only imagine.

Is there a song on the new project that will give fans insight into your marriage?

Half the album is about my wife! [laughs] There's a song called 'Learning You.' There's a tag line in the chorus that's "you're gonna love me learning you." There's another song called 'Don't You Go,' about my girl waking up to go to work in the morning and me sleeping in because I'm a musician. [laughs] The song is about me saying, "Don't go; call in sick today." I love my girl ... both my girls! And that's pretty obvious when you hear this album.

And you and your girls have now fled Hollywood, correct?

Yeah, we've been living in Utah for a while. But I lived in Nashville for years until I got married and Katie needed to live in L.A. But we've been back to Nashville to look around [for houses]. I just need to be close to a golf course and a place where I can fish!