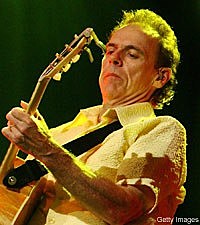 "It's a privilege to honor John Hiatt," says AMA Executive Director Jed Hilly. "He is the essence of what the Americana Songwriter award is all about -- a true artist, a performer and songwriter whose work is steeped with integrity."

The Americana Honors and Awards Show will be held at Nashville's legendary Ryman Auditorium on September 18. The show will be hosted by past honoree Jim Lauderdale.