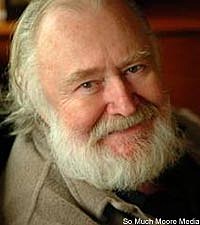 Hank Cochran, the legendary songwriter who penned such classic tunes as 'I Fall to Pieces' for Patsy Cline, 'Make the World Go Away' by Eddy Arnold, and George Strait's 'Ocean Front Property' and 'The Chair,' died at his Hendersonville, Tenn., home north of Nashville Thursday morning (July 15). He was 74.

Jamey Johnson, Billy Ray Cyrus and songwriter/producer Buddy Cannon dropped by Hank's home on Wednesday to sing songs with Hank, who was surrounded by family and friends when he passed away. A private, family memorial will be held in the near future, and details will be announced for a public service to follow. In April of this year, Hank had emergency surgery to repair an aortic aneurysm. He was treated for pancreatic cancer in 2008.

Born Garland Perry Cochran, in Isola, Miss., Hank formed a duo with early rock 'n' roll star Eddie Cochran, called the Cochran Brothers (although the two were not related). He also worked in the oilfields and picked olives in California, before moving to Nashville in 1960 and teaming with another songwriting icon, Harlan Howard, to write one of the biggest hits of Patsy Cline's career, 'I Fall to Pieces.' Patsy also recorded Hank's songs 'She's Got You' and 'Why Can't He Be You.' Hank also encouraged his publishing company, Pamper Music, to sign a young songwriter named Willie Nelson.

Hank was inducted into the Nashville Songwriters Association International Hall of Fame by unanimous vote in 1974. He is also a member of the Mississippi Musicians Hall of Fame and the Country Music Walkway of Stars. In June 2009, he was honored by BMI for his 50-plus years in the music business. Merle Haggard and Elvis Costello were among those in attendance at the celebration.

Hank was also a recording artist and reached the Top 20 in 1962 with 'Sally Was a Good Old Girl.' Hank's song, 'Don't You Ever Get Tired of Hurting Me,' was a No. 11 single for Ray Price in 1965. In 1989, Ronnie Milsap took the song to No. 1. Other artists who have recorded Hank Cochran's songs include Natalie Cole, Dean Martin, Linda Ronstadt, Reba McEntire, Lee Ann Womack and Brad Paisley, to name just a few.

Hank is survived by his wife Suzi, daughter Booth Calder and three sons, Garland Perry Cochran Jr., James Lee Cochran and Daniel Cochran. The family has asked that in lieu of flowers, those wishing to honor Hank make donations to the Nashville Songwriters Hall of Fame Foundation.