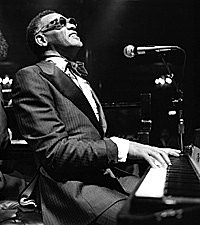 The Genius of Soul not only made an impression on country music, he transformed it. His two 'Modern Sounds in Country & Western Music' albums in the early '60s did as much to popularize the genre as any of the era's country stars. Brother Ray's big-band R&B arrangements redefined songs like 'I Can't Stop Loving You' and 'You Are My Sunshine.' Charles continued to record country, including his 'Seven Spanish Angels' duet with Willie Nelson.

Next Countdown
Filed Under: Ray Charles, RayCharles
Categories: Lists
Comments
Leave A Comment
Back To Top