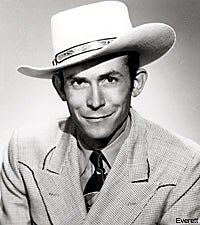 Friends, family and fans of the late country icon Hank Williams are trying to get him reinstated into the Grand Ole Opry.

Williams made his Opry debut in 1949, with the crowd demanding six encores -- an Opry first. He was kicked out of the coveted country institution three years later, due to his severe alcoholism.

"Hiram Hank Williams was dismissed from the Opry with the understanding that he would sober up and then return to the stage that he loved so much. Sadly, he passed away in the back seat of his car a few months later and never made that momentous return," reads the official 'Reinstate Hank' petition.

The petition currently has more than 32,500 signatures. Click here to add yours.