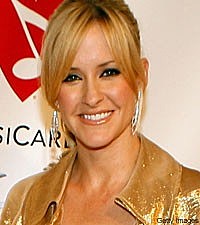 The initial lineup of performers for the 36th annual Telluride Bluegrass Festival has announced, and as usual, the four-day event will include an eclectic mix of entertainment.

Dixie Chicks fiddle player Martie Maguire is among those just announced. Maguire is reportedly at work on a bluegrass album. According to a post on the Bluegrass Blog, she is working with producer/engineer Gary Paczosa, whose credits include albums by Alison Krauss and Dolly Parton. The album is expected to be released in the summer of 2009.

Maguire herself is a familiar face to the event. In 1990, before singer Natalie Maines joined the group, the Chicks won Telluride's band competition.

More information on the festival is available at Planet Bluegrass.