With Thanksgiving and Black Friday behind us, it's time for country stars to get their Christmas tours underway. This year, the list of those spreading holiday cheer includes everyone from Sara Evans to Kenny Rogers to the Oak Ridge Boys. The Boot gives fans a rundown of some shows sure to put you in the spirit. 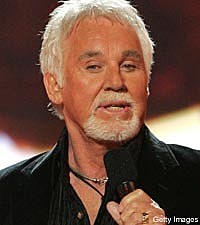 Kenny Rogers' Christmas & Hits Tour is an apt description of the concert fans will experience when they come out for the singer's annual holiday journey. Among the songs attendees will hear throughout the evening are 'Let It Snow' and 'O Holy Night,' along with 'The Gambler,' 'Lady' and 'Ruby, Don't Take Your Love to Town.' "I've always loved this season," says Kenny. "I think during this time people in general are truly different ... they smile more, they're more gracious and generally seem happier." The 20-city tour takes Kenny to cities predominantly in the eastern part of the U.S., including stops in Jamestown, N.Y.; Bloomington, Ill. and Detroit, Mich. The tour ends Dec. 23 in Westbury, N.Y.

Wynonna takes her Christmas magic to 15 cities for 'A Classic Christmas.' The tour started in Hershey, Pa. on Nov. 28, with Wy's performances combining seasonal songs with a selection of her hits. "I take great comfort in tradition and I have always loved the season of Christmas," Wynonna says. "What the spirit of Christmas means to me is faith, family and fellowship."

Joining her on the tour are the Palmetto Quartet, led by Larry Strickland, who is married to Wynonna's mom, Naomi Judd. While she's in Austin on Dec. 4, a group of local high school and college students will visit with the singer in conjunction with the GRAMMY SoundCheck series. They'll sit in on her show rehearsal and have the opportunity to ask her questions. The tour ends with two shows at the Las Vegas Hilton, Dec. 19-20.

Ricky Skaggs actually started his Skaggs Family Christmas tour on Thanksgiving Day in Paducah, Ky. He and his wife, Sharon White, welcome the next generation of the Skaggs family into the music circle with their children, Molly and Luke, along with their cousin Rachel White. Also on the tour are The Whites, another family unit consisting of Sharon, her father Buck and sister Cheryl. The tour is in Nashville on Dec 3. and the trek ends in Madison, Wis. on Dec. 9. 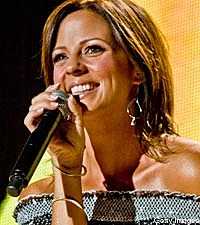 Sara Evans embarked on her 'Celebrate the Season' tour Nov. 27 in support of the digital release of the four-song collection, 'I'll Be Home for Christmas.' Among the tunes is one Sara wrote with Brad Paisley, called 'New Again.' After opening in Worley, Idaho, Sara continues to 14 cities in the western part of the U.S. before ending her trek in Greeley, Colo. on Dec. 14.

The Oak Ridge Boys celebrate their 20th Christmas tour this year. Their two-hour show consists of favorites such as 'Elvira,' 'Thank God for Kids,' and their new single 'Mama's Table.' After a short break, the Oaks return to the stage, which is decorated for Christmas, and offer traditional favorites as well as some new holiday tunes they've cut through the years. There's also falling snow and a visit from Santa. The Oaks' 'The Boys Are Back Christmas Tour 2009' opened Nov 23 in Cedar Falls, Iowa, and winds its way through 24 cities, ending in Champaign, Ill. on Dec. 22.

Keni Thomas embarks on his fifth annual trip to entertain the troops in the Middle East in December. He'll be joined by Mark Wills, newcomer Alana Grace, four Dallas Cowboy Cheerleaders and model/TV personality Leann Tweeden. The show will be hosted by Sergeant Major of the Army Kenneth O. Preston.

Crystal Shawanda hits the road for her Canadian Christmas Tour on Dec. 9 in Sault Ste. Marie, Ontario. Her short tour for the holidays continues to Manitoulin Island, Dec. 11 and Sudbury, London, Ontario, Dec. 13 for a performance and signing event at Sudbury Mall. She'll also be in London on Dec. 14 and in Toronto on Dec. 15. In addition, Crystal will do two television shows, 'Canada A.M.' and 'CMT Christmas Live Toronto.' She'll be performing songs from her new Christmas CD, 'I'll Be Home For Christmas.'