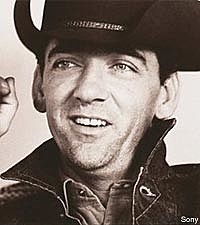 Carl Smith, one of the most successful and distinctive country artists to emerge in the 1950s, died Saturday (Jan. 16) at his home in Franklin, Tenn., south of Nashville. He was 82.

A member of the Country Music Hall of Fame (inducted in 2003), from 1951 to 1955 he placed a uninterrupted string of 21 singles in the Top 10, including five No. 1 hits -- among them 'Loose Talk' and 'Hey Joe!' In all, he scored nearly 100 charted singles throughout his recording career, right up until he retired from music in 1978. At that time, he retreated to his 500-acre Tennessee ranch to breed champion cutting horses.

The singer, whose easy-going singing style earned him the nickname "The Country Gentleman," married June Carter in 1952. They divorced four years later, just after their daughter, Carlene Carter, was born. In 1995, Carlene coerced her dad out of retirement briefly, to duet on a version of his hit, 'Loose Talk.' He married singer Goldie Hill in 1957.

Carl was born in 1927 in Maynardville, the small eastern Tennessee town which was also the birthplace of another country music legend, Roy Acuff. In 1944, while he was still in high school, he began singing on WROL radio. After serving in the Navy and guesting on many other radio stations, he appeared on the Grand Ole Opry, as a guest of Hank Williams. In 1950, he signed with Columbia Records and also with WSM radio.

"My first job at WSM was six or seven days a week at 5:15 in the morning," he told Nashville's Tennessean newspaper in 2003. "The announcer would put me on and then just leave. I started being on the Opry pretty regularly. They didn't say you were a 'member' of the Opry back then. You just were on it or you weren't."

"He was on shows when I was real, real young," recalled Hank Williams Jr. "The guy was real striking to the ladies. I remember their reaction when he went on stage."

In 1954, Carl also became one of the four founders of Cedarwood/Driftwood, a powerhouse Nashville music publishing company. After leaving the Opry in 1956, he was part of the first live television broadcast from Nashville, on WSM Channel 4. In Canada, the 'Carl Smith Country Music Hall' show ran for five years.

Funeral arrangements have not been announced. He is expected to be buried at Franklin's Williamson Memorial Gardens, alongside Goldie Hill, his wife of 48 years, who died in 2005.