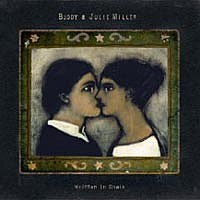 Married musicians Buddy and Julie Miller are sharing the top spot on the year-end chart of the top albums in the Americana music format. The Americana Music Association reports that tracks from Buddy and Julie's 'Written in Chalk' received more than 8,000 spins at Americana radio in 2009. 'Townes,' Steve Earle's tribute to late singer-songwriter Townes Van Zandt, was the second-most-played album of the year, followed closely by Slaid Cleaves' 'Everything You Love Will Be Taken Away,' the Flatlanders' 'Hills and Valleys' and 'Willie and the Wheel' from Willie Nelson and Asleep at the Wheel.

Interestingly, Justin Townes Earle, the son of Steve Earle whose middle name came from Townes Van Zandt, also placed an album in the Top 10, with his 'Midnight at the Movies' landing at No. 9 for the year.

Other acts who made it into the Americana Top 100 for 2009 included Rosanne Cash, Radney Foster, the Pretenders, Lucinda Williams, Elvis Costello, Bob Dylan, Waylon Jennings, John Fogerty and Rodney Crowell.