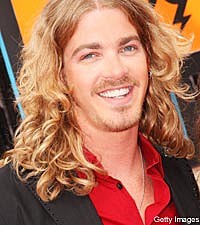 Season 9 of 'American Idol' kicked off last night, with new judge Ellen DeGeneres taking over for Paula Abdul and viewers wondering what Simon Cowell will have to say during his final season on the wildly popular singing competition.

Former 'Idol' contestant Bucky Covington says he is a big fan of Ellen's and is excited to see her "go at it" with Simon throughout the season. And even with Simon leaving, he's certain fans will still tune in.

"People watch the show to see what Simon is going to say, but if they find the right replacement, the show will go on." Bucky tells CMTT. And Bucky believes he's already thought of someone to take Simon's place.

"I'm thinking Judge Judy would be a good replacement, she would be great!" he says.