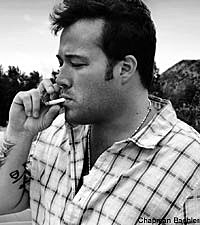 After a five year hiatus, Uncle Kracker returned to the scene late last year with a monster hit, 'Smile,' from his new album 'Happy Hour' ... and he's pretty much been grinning ever since. 'Smile' instantly became a huge pop hit, and quickly proved it had crossover power, as well, when it began to catch fire at country radio. No stranger to the country scene from his duet success with buddy Kenny Chesney, Kracker decided to take some previously-recorded alternate versions of the tunes from 'Happy Hour' and pour them out into a country "six pak" EP, 'Happy Hour: The South River Road Sessions,' for country fans who might just enjoy the down-home side of this D-town rocker.

And though he's Detroit born and raised, Kracker is finding he feels just as at home in Nashville and in the country genre these days as he does back in Kid Rock territory ... in fact, we may be seeing a lot more of him on the country charts in the near future. The Boot sat down with him during a mega-busy CMA Music Festival week to talk about the country metamorphosis of the new album, the pitfalls of the business and why he doesn't want his daughters following in his musical footsteps.

Why do you think so many artists are migrating into the country genre these days?

I hadn't seen it that much until I did that duet with Kenny Chesney ('When the Sun Goes Down') and it did so great and everybody was like, 'You should think about a country record.' And I had always thought about country, but it's a very tricky thing. Everybody and their brother was trying to come into Nashville and do a country thing. After the duet, it almost became like this fad, that all these pop artists were gonna come into Nashville and do this country thing. When you get to Tennessee, Nashville people are nice, and there are a lot of snakes, and they take that niceness and mistake it for being naive. So a lot of these people think they're gonna come out from L.A. and they're gonna take Nashville by storm ... and they're just fools! And I remember entertaining the idea of dabbling around with the country stuff after the Chesney thing and I thought, you know what, I've seen so many guys come through and try to do country records and just jump on the country bandwagon without giving it the respect it deserves. And I said to myself if I ever did something like that, you always have to pay respect to the people you need to pay respect to, not just in country music but in life. And I've always been a firm believer that with just the right idea, maybe further down the road I'll get there the right way.

Where did the name for this new EP, 'The South River Road Sessions,' come from?

I grew up on South River Road, and it's just the fact that it's an Uncle Kracker record and that's where I came from. The six pak is different versions of the songs that are on my regular record. Anytime I've ever been in the studio recording, we've always put a banjo in there and a peddle steel in there, whether or not they make the final mix, and in this case they didn't. And when 'Smile' started doing so good at country radio, we decided to pull out some of these other mixes.

Did you immediately know that 'Smile' would be a crossover hit? Because it works in every format ... it works in pop, in country, it's on TV -- it's everywhere!

I would have never thought that this song was going to be as big as it's been. Keith Stegall remixed that song for the country album, and he's one of the most talented people in Nashville. I was lucky he took it and remixed it for us. I would never have thought it would have worked, and I'm obviously ecstatic that it did. The only thing I can think of is I'll be the first one to tell you when I wrote a crappy song, and I wrote that with a couple of my buddies -- JT Harding and Blair Daly, and when we were done with that one we felt it was special.

'Good to Be Me,' your new single, is a great summer song featuring your buddy Kid Rock. That had to be a fun recording session.

Kid produced the song, actually. I thought when we did the repackaging, it would be fun to have him on that song. He's always liked it. And he's my best friend too, so it's fun to have that as a collaboration. 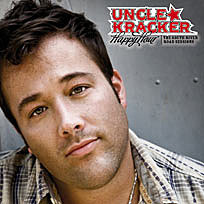 How did you and Jesse Lee team up for the other duet on the album, 'Me Again'?

We share the same record label. She was writing with a buddy of mine, and he hit me up on iChat and he introduced me to her that way. But I remember the label threw Jesse Lee's name in the hat, and I heard some stuff and her voice is so pretty, she reminds me of a young Dolly Parton. She came in and she rewrote some of the second verse to make it more of a duet type situation for a guy-and-girl type thing. She brought a lot to the table.

You've said in interviews that country seems to be the last genre where the deejays are still so passionate about the music. Are you finding that a lot when you're out visiting country radio now with this album?

I am. Part of the passion you can tell is how much they love it. When you walk into a station and the deejay looks like Alan Jackson, you can tell they really love their music. They know what they're doing. There are some really passionate people left in this side of the business, and you don't see it on the other side like you do on this side, and that's one thing that makes me love country music more. And that would keep me coming down to Nashville even more in the future.

Kid Rock gave Nashville major props from the CMT Music Awards stage. Do you have as much fun here as he does?

We both have a lot of fun here, we both have a lot of friends here, and he meant every word he said. I've been really lucky to meet some really cool people here. And I've been lucky to be able to be involved in the community here so much. And now with the success of 'Smile,' I'm really blessed. But I definitely wouldn't try to come down here and shove it down people's throats. I do know that my next record will sound a lot different than this record sounds. I don't want to spill the beans right away, but I do know where I'm going, and for the first time in my life I have a plan. I sound like Steve Martin in 'The Jerk,' don't I? 'For the first time in my life I know what my purpose is! No -- just kidding, but I definitely think it will be some really cool stuff coming up.

Last time we spoke, your daughters were excited about you working in Nashville and getting involved in country because of Taylor Swift. Did they ask you to try and score them an autograph this time at the CMT Awards?

I was at the awards and my kids were texting me all night like mad: "Would you please get us Taylor Swift's autograph?" I didn't get it, but I've got to call Kellie Pickler, because I made her promise she would hook that up for me.

You've been in the music business since you were 11 years old. Would you encourage your daughters to pursue a music career?