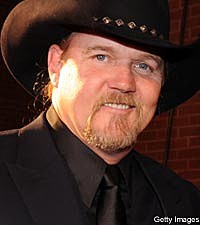 Music City is set to once again celebrate Independence Day as only Nashville can -- with great music set to an incredible fireworks display.

"Nashville's July 4th celebration is consistently ranked among the best in the country and this year will be no different," says Nashville mayor, Karl Dean. "We've assembled an all-star line-up and plan to have the city's best fireworks display yet to celebrate our nation's birthday."

The Music City July 4th: Let Freedom Sing! event is free and open to the public.

Trace's latest single, 'This Ain't No Love Song,' is the first from his upcoming album, 'Cowboy's Back in Town,' which is scheduled to hit stores on Aug. 24. Also look for Trace on the road this summer with Toby Keith on the American Ride tour.