Narrowing down our list of top country albums of 2009 to just ten was nothing short of an excruciating task. Country music has flourished this year, with both newcomers and seasoned singers delivering attention-grabbing efforts that please from start-to-finish, without any fillers. The Boot presents (after hours of debating) our top ten albums of 2009 -- not just the biggest sellers or radio pleasers, but the albums that we believe made the biggest mark on this last year of the decade. 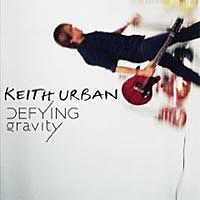 Standout Song: 'Til Summer Comes Around'

"It's about love, optimism, hope and rising above," Keith tells The Boot of the themes running through his sixth studio album. And if it's possible to rise above the country superstar's own high standards, he's done so with feel-good songs like 'Sweet Thing,' poignant love songs like 'Thank You' and a showcase of his masterful songwriting and mad guitar skills throughout.

A welcome return after far too long. Jimmy's third studio release proves he only gets better with time. His soulful take on the Hall & Oates title track has earned the singer his highest debuting single ever.

The Merle Haggard of his generation continues to mine traditional country, and skillfully blend it with contemporary themes and sounds, giving the title (and title track) of his latest collection even deeper meaning. The fact he has yet to achieve country superstar status is practically criminal.

Standout Song: '(We Are All) Children of Abraham'

Patty captures the soul of Appalachia, delivering superb performances of songs both new and old. Whether she's singing about today's economy with 'Busted,' lamenting lost love in 'Half Over You,' or trying to figure out relationships in 'Bramble and the Rose,' Patty's vocals are right on. The singer's sequel to the first 'Mountain Soul' disc is another masterpiece.

Dierks has said that with 'Feel That Fire' he stepped out of his comfort zone a bit. This time out he's also mixed some crank-it-up-loud-on-the-car-stereo tunes with some gorgeous, thoughtful ballads like 'Pray' and 'Beautiful World,' to pull on the heartstrings.

5. Reba McEntire, 'Keep on Loving You'

Standout Song: 'Eight Crazy Hours (in the Story of Love)'

Six years after her last solo studio album, the undisputed queen of modern country music jumped to a new label and roared back with a royal winner. Whether ballad or uptempo, Reba has a knack for finding songs tailor-made for her, and a gift for turning them into Reba classics.

Standout Song: 'Where Have I Been All My Life'

A pinch of Cajun, a little taste of Mexico, a bit of stone cold country. Add in a love song or two, a story song about 'Arkansas Dave,' a song of love lost with a twist to its lyrics like 'A Beautiful Day for Goodbye,' and a fun number like 'Twang,' and presto -- you've got the perfect George Strait CD! Like George Jones, Merle Haggard and Bob Wills before him, George sets the bar for country singers today.

Knowing she's the granddaughter of Hank Williams and that her dad is Hank Jr. won't tell you much about Holly Williams as a songwriter, except that you can assume (quite correctly) that she knows what she's doing when it comes to crafting real, close-to-the-heart slices of life that will stick with you after a single listen. Go ahead and try to get through 'Mama' or 'Without Jesus Here With Me' without tearing up -- we dare you.

Standout Song: 'Time to Get a Gun'

In spite of her gun-toting persona, the only thing truly scary about Miranda is how consistent she is when it comes to making albums. Her third collection is also her most cohesive and engaging, with subtle humor and occasional hints of sweet vulnerability. Just don't piss her off. On second thought, please do ... we can't wait to hear what she gets up to on album number four!

Standout Song: 'Welcome to the Future'

The prolific songwriter wears many hats on what is arguably his most introspective album to date: life coach, history teacher, comedian, doting husband and father and, of course, guitar god. Brad has continued his unprecedented streak of eleven back-to-back No. 1 singles with two of the CD's standouts -- the timely thinker, 'Welcome to the Future,' and what would perhaps be our No. 1 pick for best love song of the year, 'Then.'

Songs of the Decade

Categories: Albums, Lists
Comments
Leave A Comment
Back To Top