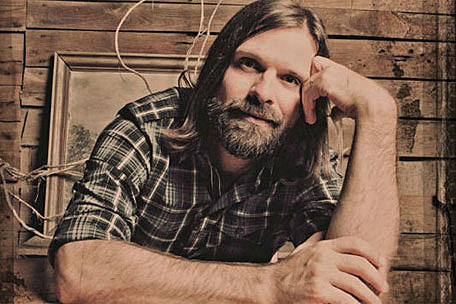 As the lead singer in a Grammy winning rock band, Third Day's Mac Powell has attended numerous award shows and played the world's most prestigious stages, but this weekend the Georgia-based singer-songwriter is excited to be hitting new territory in support of his self-titled solo country album. Tonight (Oct. 18), Mac will be at Nashville's Schermerhorn Symphony Center for the Inspirational Country Music (ICM) Awards. Tomorrow he continues his current solo tour with a show at Music City's Hard Rock Café, and then Saturday night he performs on the Grand Ole Opry.

Mac has already enjoyed more success in the music industry than most artists can ever imagine. He and his friend Mark Lee started Third Day in high school, later adding bassist Tai Anderson and drummer David Carr. During the past two decades, the band has won four Grammys, 26 Gospel Music Association Dove Awards, sold millions of albums, scored 25 No. 1 singles and been inducted into the Georgia Music Hall of Fame.

However, in his heart Mac had an unfulfilled goal. He always wanted to record a country record. "I grew up listening to country music and it was a big part of shaping me musically," Mac says. "I think that's pretty evident in Third Day's music. There's always been little tinge of it. I've been wanting to do it for years and I've had so many people come up to me and say, 'When are you going to do a country record?' or 'When is Third Day going to do a country record?' Once you hear that many, many times you start to thinking to yourself, maybe I should do this."

The first step in the creative process was writing the songs and Mac began collaborating with Nashville songwriter Brett James, well known for hits such as Carrie Underwood's "Jesus Take the Wheel," Rodney Atkins' "It's America" and Kenny Chesney's "Out Last Night." After years of writing rock songs for Third Day, Brett proved to be a valuable sounding board as Mac began channeling his talents toward the country market. "When I had an idea and shared it, I'd ask if it were something that you'd hear on country radio or if it didn't fit the format, he'd tell me 'yes' or 'no' and for the most part, my instincts were working and made sense. Very rarely would he say 'No, it's a little bit too rock.' I wanted it to be natural. I let the song itself dictate that, but at the same time I definitely wanted to make sure I had songs on there that like 'This Ain't No Hobby' and 'Saturday Night' to make sure that it was a country record instead of just a Mac Powell record. I definitely wanted it to be fit for the country genre."

Fitting in the country music family comes naturally for the Alabama native. He grew up in the tiny town of Clanton. "I lived on a dirt road about maybe 15-20 minutes from Lake Mitchell," he says. "My parents sang and played the acoustic guitar. We would go down and have campfires and sing all the time. That was a big part of me growing up."

Country music was a constant presence in the Powell household, and Mac grew up listening to Kenny Rogers, Dolly Parton, Ronnie Milsap, Johnny Cash and Alabama. "As a kid growing up in Alabama, that was the band that you aspired to be," he says. "I loved their songs and their playing and their harmonies. That was a big influence on me."

When Mac was in high school, his family moved to Atlanta. As a teen, he was very involved in his church and when he decided to start a band, singing about his faith was a natural direction. But even as Third Day became one of the world's most successful Christian rock bands, country music has always a part of Mac's life. He plays it at home with his wife, Aimee, and their five kids and on the bus while Third Day is on the road. He loves to catch a concert whenever he isn't performing one of his own. "The Zac Brown Band is probably my new favorite band," he says. "I've seen them three times in concert. I love them and can't wait to see them again."

In recording his new album, Mac worked with friend and producer Jason Hoard at his Black Cat Studios outside of Atlanta. "He and I have worked on several projects together and we're brothers in so many different ways," says Mac. "Musically we definitely see eye to eye, so we'd be in the studio talking about 10 different things and nine out of 10 of those we agree. There's something about being able to have the kind of musical partner that understands where I'm coming from melodically and lyrically that's made things really easy in the studio. And he's such an incredible player. There would be times I'd say, 'Man, I'd love to hear some mandolin on this' and he could do it, or I'd say 'I'd love to hear some banjo on this' and he could do it."

The result is an album that showcases Mac's warm, distinctively textured voice and engaging songwriting on such up tempo tracks as "Sweet Georgia Girl" and "Mississippi" as well as poignant tunes like "Julia Ann" and "Trying to Get Over You."

For Third Day fans that are afraid Mac might be leaving the band, he assures everyone that's not the case. In fact, Third Day has a new album, Miracle, which releases on Nov. 6. It was produced by famed rock producer Brendan O'Brien (Bruce Springsteen, the Killers, Pearl Jam) and the title track is already climbing the Christian charts.

However, right now Mac is enjoying life as a country artist. "It's a lot of fun and it's a little scary because it's a different audience," he admits. "And I'm singing songs that I haven't done a million times before like I have so many Third Day songs. It's really exciting for me as a musician to play with some other artists and perform this new music, but it's really like a roller coaster. You just hold on and hope for the best and hope that everything turns out good."