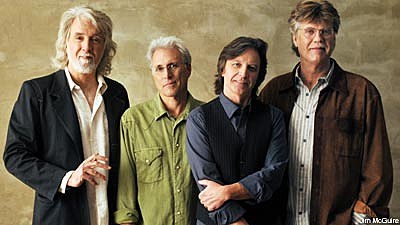 A song closely associated with one of the most influential bands in modern country music is joining the Grammy Hall of Fame. The 1970 recording of 'Mr. Bojangles' by the Nitty Gritty Dirt Band, written by Jerry Jeff Walker, will be inducted into the Hall of Fame for 2010.

The Grammy Hall Of Fame Award was established in 1973, to honor recordings from all musical genres which are at least 25 years old and have "qualitative or historical significance."

"We're really proud to be so closely associated with a song that has now become an American standard," says the Nitty Gritty Dirt Band's Jeff Hanna. "God bless Jerry Jeff for writing such a beautiful tune."