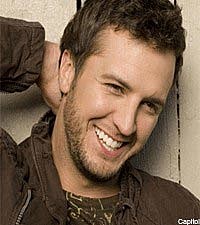 Luke Bryan showed up in Nashville a few years ago fresh off the farm -- his daddy's peanut farm, to be exact, although he did spend a few years honing his musical skills around the Athens area during college before taking on Music Row. The Georgia native announced his countrified presence with authority, immediately impressing with his writing skills on the hit 'Good Directions' before his own debut single, 'All My Friends Say,' (a rowdy, morning-after tale recalled in a boozy haze) became an instant smash party anthem. His latest project, 'Doin' My Thing,' features more good ole boy, down-home fun mixed with doses of serious heartache. His aw-shucks manner and dead-on determination to connect with his audience may someday lift him into the stratosphere of his heroes, Alabama, but for now the country boy seems satisfied just to be able to do what he loves.

Did you worry about the dreaded sophomore curse with your second project?

I just enjoyed the whole process and enjoyed making the album and I feel like everybody's done their job. Part of the sophomore curse is not having a big song, and luckily we've already got a song doing well that makes us a little more relaxed and more comfortable about everything.

That song you mention is 'Do I,' which you wrote with Charles Kelley and Dave Haywood from Lady Antebellum. Do you guys write together often?

We're great friends, and that was the first opportunity for us to write together, and I'm sure there will be many more in store. It was a blast to be a part of something special with those guys. They're great guys and a great act. I had worked on the idea a little bit and it was in the stars that it all came together so well. Those guys have a lot of great writing instincts, and it all made for a great experience.

You've got a cool cover of the One Republic song, 'Apologize,' on the album. You said you did it in a show one night and the crowd liked it, so you kept it in. Do you do that a lot in your shows, try out new material and different covers?

I think it's always important to constantly keep the band on their toes and try new things that you hope will work. That's how 'Apologize' was born, and maybe down the line another little song will be born by that mentality. I've always really liked that song. I thought it was a well-written song, and looking back I never would have imagined me cutting something like that.

Blake Shelton convinced you to cut it, right?

Blake and I are good friends. I played a show one night with him at Oracle Arena, and he caught a little of my set. When the show was over, he asked me if it was something I was gonna cut. I told him I was on the fence about it, and he was pretty vocal about me cutting it, and it put me over the edge. I'm certainly glad he convinced me. That shows what kind of guy he is that he wanted to voice his opinion on it and try to help me make a great decision. I'd love to try to record something with Blake sometime. We dig the same things, so it may be an interesting scenario one day for he and I to record something. 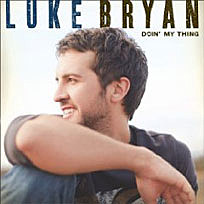 Another great song on the album, 'Rain Is a Good Thing,' puts a positive spin on rain, which you don't hear that often. What's your favorite thing to do on a rainy day?

Probably play a little cards ... hopefully be in a casino, do some gambling and drink a little whiskey. That's pretty good rainy day activity there. I probably shouldn't say the other great rainy day activity! [laughs] But it was fun to take a subject that's typically got a negative connotation and make it a positive thing. Rain is very important, and kind of kicks off the whole process of life. It'll probably be my next single.

Tell us about the tour you launched this week - it sounds like it's going to be exciting!

Well, it's started out not so great, because I left Nashville for three weeks, and left all my underwear and all my belts at home! [laughs] But it's going to be lots of fun. We [had] the Lee County high school field rented out, so we're pretty excited to go full circle and play at my high school football field. The last time I was on that field was graduation, and to think of all the things that have been happening since then is pretty cool.

You must've gotten a lot of support from your hometown. They won the online contest to get you there for your album release, right?

That's what's crazy is the fact that Leesburg being such a small town but they were able to hang in there with all the big cities and beat everyone else out to win the Internet concert!

When you first began performing on the college circuit, you did a lot of dancing and jumping around onstage, but now you've toned it down a little bit. Why the change?

Back then we had to jump around because maybe the songs weren't as good as they could be. We do that still but we let the songs do a lot of the speaking for us. Also, when I say I used to jump around crazy it was probably a little excessive, but now it's done in a manner that's not overkill, you know!

You're headlining your own tour this time -- what does that feel like?

We've been headlining for years, but to actually name a tour and to focus on dates and on your crowds -- it's a pretty cool experience to know we've got a headlining tour coming up. It's gonna be another learning process, and when we go to do it again we'll have one under our belts. I've been out with lots of other artists opening for them on tour, and you just learn that none of their success came easy -- it was all hard work for them, and you have to buckle down and get ready for the hard work yourself too. That's the beauty of country music -- you have to get out there and earn it and work hard. And when you're on the road with big name acts, you realize there's no easy way to the Promised Land in this business.

Do your wife and son come out on the road with you?

They come out on the road every now and then. Not as much as I would like, but we're going to try and make that more regular as time goes on. But they get out as much as they can. He has a good time hearing me sing, and it's pretty amazing to have that fan always there for you. He really favors my wife more than myself, which is a good thing!

Years ago when you were just starting out, your brother was killed in a car accident the day you were slated to leave for Nashville. Did that make you doubt your plans at all or want to change them?

It was a big life-altering event and changed my path at the time, for sure. But as time grew, I had enough people in my life reminding me I
should give music a shot, and luckily I trusted everybody and everybody steered me in the right direction. I certainly look back and am glad of all the support and help with the big decision of moving away.

You had writing success before you made it as an artist. Looking back, do you think that the timing was perfect on that?

The way things have played themselves out for me, I can't go back and regret anything or want anything to be different. I'm just thankful that I've been given the opportunity to be in this business and continue to make money and do well at this stuff. A lot of people don't have near the amount of success as I've been blessed to have, and it's all about working hard and hoping that continues.