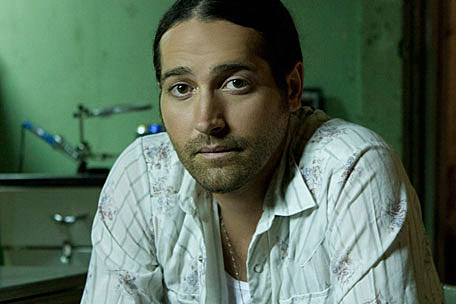 'Comin' Around' is a song that Josh Thompson describes as a window to his life, so, naturally, the video for the tune would be fairly personal.

The Boot was on the set as the clip was filmed on a bitterly cold day this January in Nashville's Edwin Warner Park, with the Wisconsin native bringing his own souvenirs to the set. (Watch our exclusive premiere of the 'Comin' Around' video below.)

"It consists of me, a vacant field and a carnival -- an old-time carnival with a big wheel that's got some pictures that go back to my grandpa, my parents when they were young, me when I was young, up until the present," Josh tells The Boot. "It's a menagerie of all the moments that define me, turn a circle and come around."

Unlike the song, which Josh co-wrote with Rodney Clawson and Kendell Marvel, the intimate video actually was not the singer-songwriter's brainchild. "When you're shooting a video, before you do, you get treatments: these creative writer/producer/videographers that write you what they would do to your song if they shot a video," he explains. "I went through 13 of them, and this one, I was like, 'What in the hell?' It was so bizarre and edgy and way out there; almost matched my soul. [laughs]"

The nostalgic video was directed P.R. Brown, who took inspiration from Tom Waits' 'Hold On' music video. "The shooting style and the lens, it's like how an old newspaper kind of looks like tingy yellow after a while," Josh explains. "I saw that video and I was like, 'Man that's pretty cool.' That, and a carnival that pops out of nowhere and a monkey."

In the spirit of growth, the tunesmith launched his Jägermeister Presents Change is Comin' tour earlier this month. His next stop is tonight (Feb. 17) in Milledgeville, Ga. Get a full list of Josh Thompson's concert dates here.