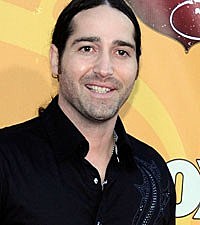 In the past year, four of our favorite country men have experienced the heartache and worry of bus fires. Josh Thompson has witnessed the tragedy that has fallen on his friends and worries that his fate will be similar.

"It really feels like I'm about to be the next fire that happens in country music because, was it Randy Houser, Justin Moore, Lee Brice and Jerrod Niemann," the 'Comin' Around' singer admits. "I hope not, but it seems awful natural [laughs] ... It seems like there's about four arrows pointing in my direction, and [laughs] it's kinda hard to run from those kind of arrows. So, sleep with one eye open, we'll be all right ... I hope. Fortunately, everybody has come out unscathed."

Jerrod's bus was the most recent casualty, lighting up after a show in Chattanooga this week. In January, Lee's ride went up in smoke after a nine-hour drive. Last year, Justin was on his way to Detroit for a show when things heated up for him, and Randy lost all of his clothes to the scorching menace. In an effort to be proactive, Josh plans on instituting some safety measures to keep himself, and his band, safe during the Jägermeister Presents Change Is Comin' tour.

"We'll probably do two to three drills a month, just to kinda keep us fresh, and definitely check the batteries in the smoke detectors," he says with a laugh. "And screw Lee Brice ever coming on my bus because he was on Jerrod's bus, and he's like, 'I think your bus is on fire; it's burning.' Jerrod just told me the story today, and I'm not pointing any fingers at Lee, but I'll just be going to Lee's bus, if we're gonna hang out. I'll just be going over there."

In all seriousness, though, Josh understands the significance of a musician's 'mobile' home.

"It's your home, especially when you've got a bus for a whole year, a lot of your life is on that bus, and I guess I never realized that they can start on fire," he explains. "It seems obvious because there's a generator, and there's all these working parts, and there's anything that can happen, but I don't know if the frequency of it is a scary thing. Because I'd never heard about it before -- I think Randy's was the first to burn down, and that was like a year-and-a-half ago. So, in a year and a half, that's four. That's not good. That's horrible. [laughs]"

Here's hoping Josh has better luck than his buddies. The singer-songwriter's next stop is tomorrow (March 10) in West Palm Beach, Fla. Get a full list of tour dates here.