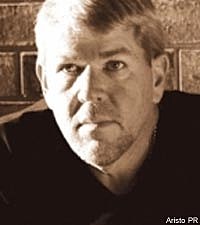 John Daly is known mostly for his outstanding golf skills and his outlandish pants, but the PGA-tour champion also wants to be known for something else -- his music. He recently released his second album, 'I Only Know One Way,' and says all the songs, including his cover of Bob Dylan's classic 'Knockin' on Heaven's Door,' are autobiographical.

"The album itself is really my life. All of the songs have a meaning," John says. "Most of the record is happening -- or has happened in my life. I hope people can relate to some of the troubles I have had along the way. Everyone around the world has problems, and I want to connect with those people." 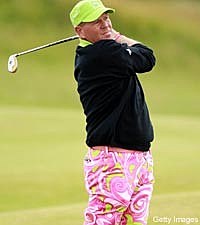 The digitally-released project includes a track co-written by good friend and fellow golf lover, Darius Rucker. John joined Darius, along with Jack Ingram, Steve Azar, Colt Ford and several pro-golfers for the 16th annual Hootie and the Blowfish Monday After the Masters Celebrity Pro-Am Golf Tournament back in May, with proceeds benefiting the Hootie & the Blowfish Foundation.

John is currently tied for third place in this week's British Open, shooting a 6 under par 66 in the first round. He won the tournament back in 1995.