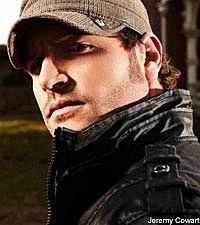 Jerrod Niemann releases his new album, 'Judge Jerrod and the Hung Jury,' today (July 13), and the singer-songwriter is currently heating up the charts with his Top 10 single, 'Lover, Lover,' a remake of Sonia Dada's 1992 summertime hit, 'You Don't Treat Me No Good.' His album is the result of going through some hard times and low self-esteem and receiving a figurative ass-kicking from pal Jamey Johnson, which resulted in Jerrod coming out on the other side with a 20-track collection -- eight fun skits and 12 songs, 10 of which Jerrod co-wrote.

When the Kansas native first moved to Nashville in 2000, he immediately began writing with superstar Garth Brooks, and the two, along with some friends, penned the Chris LeDoux tribute and No. 1 hit, 'Good Ride Cowboy,' as well as 'Midnight Sun' and 'That Girl Is a Cowboy.' He recorded a pair of independent albums before signing a development deal with a major label. When that deal fell through, he signed with Category 5 Records and charted with the single 'I Love Women (My Momma Can't Stand).' The label folded after the single's release, and his album never saw the light of day.

Forced into more downtime than he was used to, Jerrod experienced a few low points before finally discovering he still had a voice and a song or 30 that he needed to get down on "tape" in the studio. His publishing deal with Sea Gayle Music, founded in 1999 by Brad Paisley, Chris DuBois and Frank Rogers, eventually landed him a deal with Arista Nashville on its Sea Gayle division.

The Boot sat down with Jerrod at a Nashville recording studio recently to talk about the new album, 'Judge Jerrod and the Hung Jury,' and how making it was a very therapeutic process for him. We also chatted about his friendship with Jamey Johnson, who contributed the song, 'They Should Have Named Her Cocaine,' to the record, how roller skating helped ignite his passion for music and some [not so] crazy things women do to get his attention.

You have said you hit rock bottom prior to recording this album. What happened to make you feel passion for the music again?

I had gone through a couple of different record deals. There were so many things we had to line up, so many opinions involved, so many people that haven't been in the music industry very long that aren't trusting the opinions [of people] who have been in it for 30 years. It gets so frustrating that you do start to lose the reason, the passion for why you came to town. I gained a lot of weight, ran off this girl I was dating clear to India [laughs], didn't write a song, didn't go to my publishing company for nearly a year. I didn't even talk to them. I just knew they were going to drop me. I ran into Jamey Johnson at the Blue Bar and he could tell I wasn't myself. And he said, "Man! I don't know why you just don't go cut an album. We did, and it changed my whole life and career. And even if nothing did change, it was the most therapeutic process I ever had." So, I got to thinking about it and thought it would be fun. I ran across our band and my buddy Dave Brainard, who is that guy who has never had a chance. He's so talented that I thought I could utilize his talent to my advantage and take credit for it. [laughs] We spent a year on the album and had the most absolute fun I could ever imagine laughing. It's not like I starved myself or anything crazy, but as I became happy, I started to deflate. [laughs].

Getting back to Jamey Johnson, what was it about either his approach or advice that made you go and record this new album?

Being friends with Jamey as long as I have, we both know not only the good times we've seen, but the hard times. I think after Jamey made his album with his band and Mercury Records picked it up, Jamey knew that I had things to say as an artist. I know I'm not the only person who he's approached and advised to go make records. I don't think the other ones have surfaced yet, but they will. Jamey is not only a guy that holds the torch for traditional country music, but he has his own voice and no one is going to tell him what to do. He is sort of a fearless leader in his own way of doing his own thing. I'm certainly not trying to be Jamey, and I know nobody else is. But what Jamey is going to do is put his hand down and pick you up and say, "Man, go make some music that you want to be heard," and that's what we did.

'Lover, Lover' has become a huge hit, and being very infectious, most people are saying they can't stop playing it over and over.

One of the reasons I recorded it was because I couldn't get it out of my head since I was a child. It was ironic that I heard it an entire summer around a swimming pool ... which is really cool. Theoretically, it's a sad song, but with a double negative of treating no good no more, which means you really treat me good, right? [laughs] I love being able to hear a song that makes you want to turn up the radio and roll down the windows. Obviously, I've never had any of my own music do that to me [laughs], so it's nice to hear that, especially when you do get your feelings hurt. If you can tap your foot while you're crying, why not? It has been amazing to see what lyrics, melody, instrumentation or even your own interpretation of a song that's already been out by somebody else can change your career. When you've been heard in a way that everybody's been kind enough to respond to the song [that's] what is really mindblowing for me and all the guys involved. 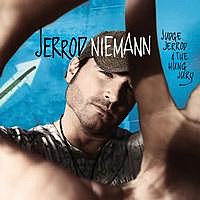 Were you a bit nervous for the first release of this new project to be a cover of someone else's song?

At first it crossed my mind, because I didn't want people to think I was trying to take credit for Sonia Dada's music, but instead [I was] trying to celebrate it to a whole different group of people that maybe haven't been exposed to this song. Being from a small town and knowing how much everybody else loved it that summer, I thought, "Man, our small town is just like every other small town in the country." So, it didn't bug me at all. I didn't know if anybody would like it or not, but I knew that it would stick out like a sore thumb or two sore thumbs or a sore nub. [laughs]

The concept of the whole album is refreshing in many ways, with little comedic bits, an intermission and a storyline. What is it that people are going to find when they play the entire album?

When people go and pick this album out and put it in the CD player, my biggest goal is to take them out of their real life and their real problems for that moment in time. Because when I made this album, I was in a really bad spot in the beginning. I don't have any children -- although I've practiced a lot [laughs] -- but this album would be the closest thing I have to a child because it literally rejuvenated the passion that I had for music. When you can get together and make music with just a group of your friends for an entire year and put a bunch of nonsense on there, and a label like Arista Records gives it a shot, you literally could not ask for a better opportunity.

One song you wrote and recorded was probably very therapeutic for you, and will be for others who have experienced the same thing -- 'What Do You Want.'

'What Do You Want,' I jokingly describe as the first song I ever wrote from my heart, not my liver. As a guy, loving country music the way I do, everything I wanted to write I wanted it to be like my heroes and wanted their stamp of approval if they ever could have heard it. But I got the advice from a friend who's not even in the music industry, she just said, "Do you think Willie [Nelson] and Waylon Jennings are traditional country?" I said, "Of course." She said, "When they came out, they were progressive and edgy and changed music with 'The Outlaws' album." And it dawned on me that it was true. Why would I want to say something that's been said a million times? Those guys said it and that made me want to move to Nashville. Now it's our job to say something out there to show people why they should love country music. 'What Do You Want' was the first song I ever wrote with that state of mind, not caring what format it was, just literally writing something I needed to get out of my system. It was the first song that I ever posted on the Internet that had bitter and jaded songwriters, like myself, in Nashville calling me, saying, "Where did this song come from?" Usually that doesn't happen. As more and more people have heard it, I still feel like I get almost as much feedback online for 'What Do You Want' as for the current single, which is just crazy.

Let's go back in time a little bit to when you really started getting interested in music. It was at your parents' skating rink? What was it about the flashing disco ball, the music thumping in and out and the "Couples Skate" sign that made you want to pursue music as a career?

My dad actually coached the speed skating team, and as soon as I could walk, they had me on roller skates. I want to make it very clear that I wasn't figure skating. [In a very manly voice] I was speed skating on a gravel road. [laughs] When you're a kid being raised in an environment that's musically driven, you associate it with fun. I remember 'Walk This Way,' they always used to play the Run D.M.C.-Aerosmith version, and then the Oak Ridge Boys' 'Elvira,' and everything in between. Looking back on that, when I hear those songs, I think about those moments.

We're sure women are throwing themselves at you. What are some of the craziest things women do to get your attention?

I need to work harder, because I don't have something really crazy. The weird thing is when people want you to sign their boobs. There's always a bunch of people and kids standing in line, so I always sign right below the collarbone to make everybody happy. That's sort of bizarre. Or they'll stand in line several times to get more pictures and they'll get a little more aggressive each time. I don't mind being slightly molested. [laughs] I haven't had any bizarre things. But I did get a Facebook message from a girl who said she had a weird feeling, and the last time she had this feeling her friend got killed in a car crash. It'd be nice if people kept that kind of stuff themselves. [laughs]