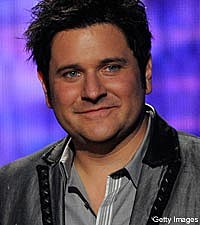 Rascal Flatts bassist/pianist Jay DeMarcus says he was not speaking out against 'American Idol' in a recent interview with CountryForever and wants fans to know his words did not come across as he meant for them to.

"For those who have read my comments about 'American Idol,' I was not "speaking out against" it! Jay explains on his Twitter page. "In some cases, instant stardom may not be the best thing. This certainly does not apply across the board."

Still, Jay stands behind his original statements about how it's important for artists to pay their dues, honing their musical craft in smaller venues, to get a true education of entertaining. And as for Idol? "I continue to be a huge fan of the show," Jay writes. "Sometimes words in print, sound twisted out of context... Whew!! Now I need a drink!!"

Rascal Flatts have performed on the 'Idol Gives Back' charity show in previous seasons. They're currently on the final leg of their American Living Unstoppable tour.